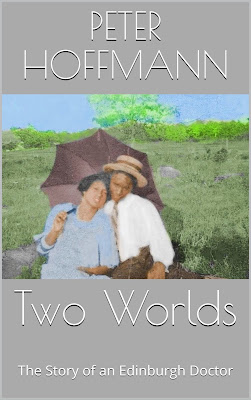 Two Worlds tells the remarkable story of Arthur Philip Motley a Black American who as a young man left his home in McAlester City Oklahoma in 1928 to travel the 4351 miles across America and the Atlantic Ocean to come to Edinburgh Scotland to fulfil his dream to become a doctor.

Edinburgh has long been recognised as the city of duality – the dark wynds of the Old Town and the sun-lit avenues of the New Town - the haunt of the doppelgänger and the home of Deacon Brodie and Dr Jekyll and Mr Hyde – and this story tells such a twin tale - of Black and white – of segregation and social integration - of Dr Motley’s journey and the author’s journey in search of him.

It’s the story of a man who over the course of six decades made a significant community contribution within Oxgangs a working class area in the capital going on to become a legendary figure whose story deserves a wider audience.

But like us all his was a nuanced life with at its heart at least one dark secret.