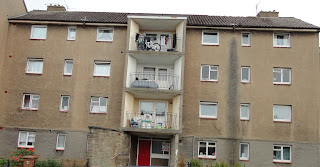 and for those with longer memories also the old prefabs. 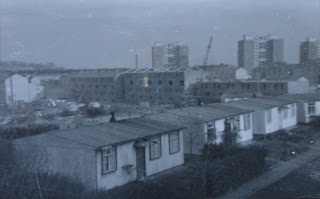 However before either were built it was only farmland at Oxgangs in the first part of the twentieth century. The oxgang represented the amount of land which could be ploughed using one ox, in a single annual season.

Had an interesting time reading many of the posts here, great fun and brought back a lot of memories.
Got me thinking about my "Stair" on Oxgangs Ave, number 2. The families I can re-call in Stair 2 are:
the Kellocks - Neil (that's me) brothers Willie and Graeme.
Miss Hood, the old spinster who live opposite us on the ground floor.
The Strachans, can't re-call all the kids but there was a David and a couple of Strachan girls.
The Burns, I think Irene and John were the Burns kids.
Lynn Steer or Mitchell.
I'm missing some here but it's who comes to mind so far.
Neil