Dr Who - An Unearthly Child 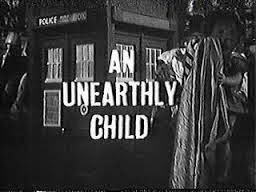 Regular followers of the blog will know how much the author enjoys (apparent) paradoxes. Indeed, if you were into deconstruction, if there were such a thing as a format or style to these vignettes, some of them begin with a paradox and end with a cliché, which was often the great Bernard Levin's approach to his Sunday Times articles.

On 22 November, 2012, I posted the blog, Life and Death in Oxgangs and Dallas. It recorded my memory as an eight year old of the assassination of President Kennedy; on the following day, the 23 November, 1963, the first episode of Dr Who was televised.

I missed the first episode, but Norman Noggin Stewart (6/3 Oxgangs Avenue) mentioned it to me.

Many kids at Hunters Tryst Primary School enthused about the programme, particularly about how thrilling and scary it was.

Although the first episode was shown on a Saturday tea-time on this date, 55 years ago today, most unusually, it was then repeated the following week, immediately before the second episode was aired.

This wasn't to cater for viewers such as myself who had missed it but because there had been some technical hitches with the first screening the previous week. 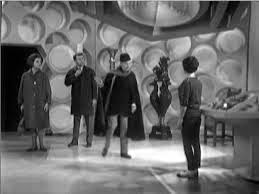 Thus, on the following Saturday, I arrived back home in the early, but dark evening straight from a Hearts match against Dundee at Tynecastle . And like millions of others I was captivated by the new series.

In the first episode, The Unearthly Child, Ian and Barbara discover the Doctor and of course the Tardis in 1960s London. Thereafter, we were whisked off to the Stone Age.

I always used to gulp each time they landed on a new planet and opened the Tardis’ door and hesitantly stepped out. Silently, I said to myself 'Don’t do it!  Don't go out there - stay within the comfort, safety and security of the Tardis.' Or, as Tolkien puts it more eloquently in The Lord of the Rings: 'It's a dangerous business, Frodo, going out your door. You step onto the road, and if you don't keep your feet, there's no knowing where you might be swept off to.' 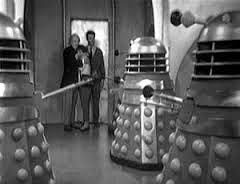 It became even scarier when the Daleks appeared and my brother, Iain and I often hid behind the sofa.

We would be watching the programme so intently, mouths agape that we wouldn't notice that our father had crept up behind us. Living up to his Germanic last name he indulged in some Schadenfreude as he expertly chose the perfect moment to suddenly grip one of our shoulders and bellow 'WHOA!' We'd leap into the air terrified.

So how could being weak, help make us strong?

Well, perhaps at a deeper level, when the Doctor and his companions opened the Tardis’ door and stepped out on a new adventure, for some of us it was part of the socialisation process.

At a subconscious level perhaps we realised that in life in order to grow and mature and take our places in the world, you can only do so by taking that brave step into the unknown - to become an earthly child, rather than an unearthly child. 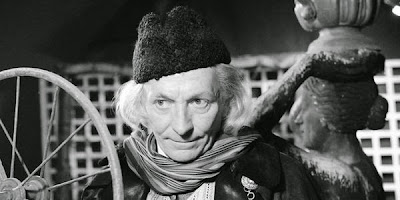 ps An even scarier thought - many of us thought William Hartnell looked ancient in 1963 - it's dawned on me I'm now actually eight years older than he was at the time - 63 years old to his 55 - oh for a time machine!
Posted by Peter Hoffmann at 23.11.14