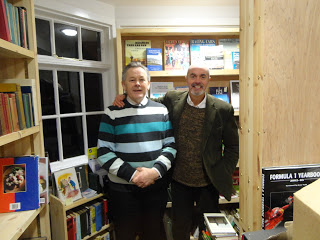 My good friend, the inimitable Douglas Blades, may well have solved the mystery of the site of the old walled garden which was posted last week. If anyone wishes a high quality attachment of the two poor quality map images which I've posted below, please let me know and I'll e mail them to you.

'I'm sure this was just along from the (Oxgangs) Broadway on land which I always thought belonged to Harwells (of Colinton Dairy etc. fame) and I also think it was abandoned before 1965. I remember the bungalow lying abandoned and derelict after the folk moved away and exploring it. Yes, there was a walled garden and small blocks of flats were built on it but I think the wall remains.  Mr McCall, a Boroughmuir English teacher lived in one of the flats either just before or after he retired. I also remember that potatoes still came up here and there is a field beside it. We passed near it on our way to play at The Gully which was nearer Buckstone than Oxgangs and quite near what used to be the Pentland Hills Hotel (I think!)

I'll have a look at old maps next week plus Google earth and see what I can find to jog my memory.'

'Look at the old map (1932) first. Top right, Comiston. Below that, walled garden with a well marked towards bottom left hand corner. 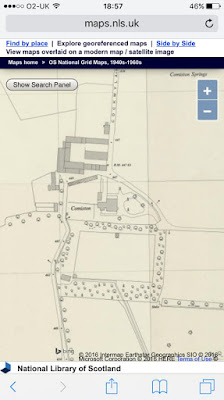 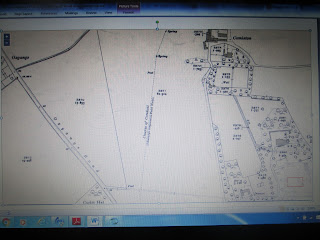 Bottom left hand corner, larger square marked just outwith the walled garden is the cottage. Over to the left, Oxgangs, what is now the (Oxgangs )Avenue looks like it is just a path. 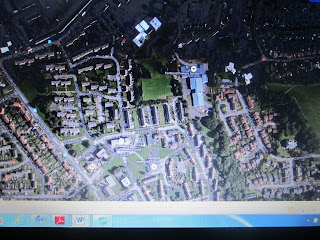 Now over to Google earth satellite picture. From the old map, the only thing still with us today is the house below the word Comiston and its boundaries. You can see the two blocks of flats which were built within the walled garden and you can sort of follow the old road between it and the newer Pentand Primary School . The older house in its own grounds on what is now Camus Avenue also appears to still exist. The tree lines don’t seem to have changed much and Pentland Drive seems to follow the old field boundary. As we passed over it from the Oxgangs side the first field had been a potato field in its final days as cultivated land but the second field was fallow and just grass as far as I can remember.

Looking at Google street view it appears the old boundary wall has now gone. When the two blocks of flats were built it was still there but breached in places. 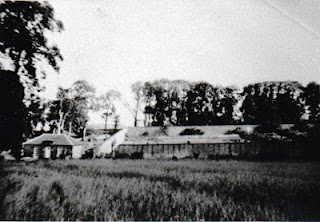 I reckon the cottage would have been at the end of what is now Pentland School Lane or at the end of the block of garages beside the lane.'