How can something be bigger, yet smaller?

This was the conundrum faced by many children on their visit to Ewarts Newsagents at Oxgangs Broadway during the 1960s in relation to the Caramac bar.

The Caramac seemed gigantic in comparison to any other bar of chocolate; indeed it must have been at least twice the size in terms of width and height. This was a clever marketing ploy, because many wide eyed children would have made their selection based on size. However, its depth was very slim compared to the other bars on the market.

I occasionally bought them; not because I was bamboozled by how much chocolate was in the bar, but because of the novelty of the taste. It had a creamy, slightly sickly taste to it. It wasn't a chocolate that one could eat a lot of, so often a few squares were enough. It was made with condensed milk and was a pale yellow in colour-again a novelty of the bar. 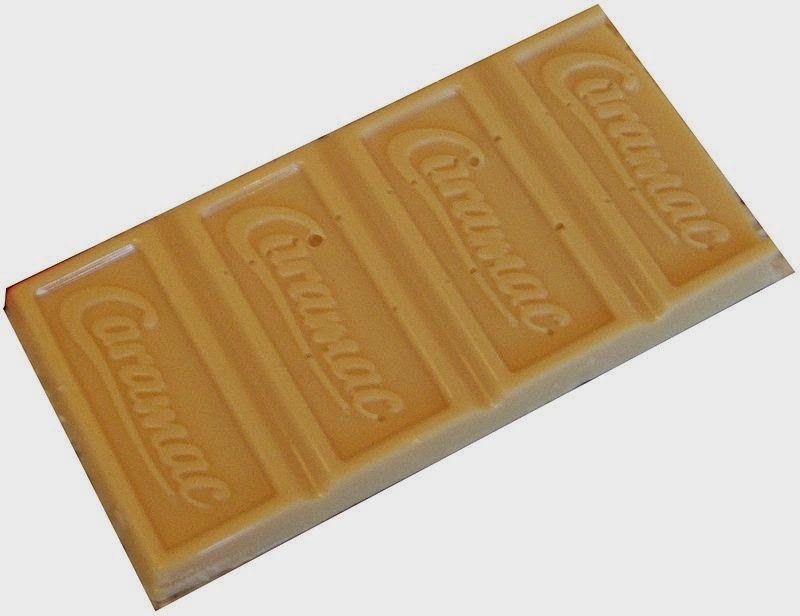 It was produced by Mackintosh's-sadly no more. They were absorbed by Rowntrees, who were subsequently taken over by the giant Nestle company. The Caramac was created in my first year at Oxgangs in 1958, with production beginning the following year. The name of the product was determined in a competition. The competition was held in what was the Norwich factory of the company and won by Barbara Herne. It cleverly combined the caramel in the bar with the Mackintosh name.

I've mentioned it before, but if you're interested in chocolate, business and the Quaker movement I'd recommend Chocolate Wars by Deborah Cadbury.

And, sadly, at least in business, size does appear to matter!