One of the very few occasions I felt I had a relationship with my father, Mr Ken Hoffmann, was when the 1970 World Cup was on. I recall the Brazil v England match being transmitted to Oxgangs in the evening. On 7 June, 1970 he allowed me to stay up to watch the game. The two of us sat together. It felt strange because I wasn't used to being alone in his company-everyone else had gone off to bed. Also, aged thirteen, I was getting a little older and it was an early staging post in an evolving relationship. 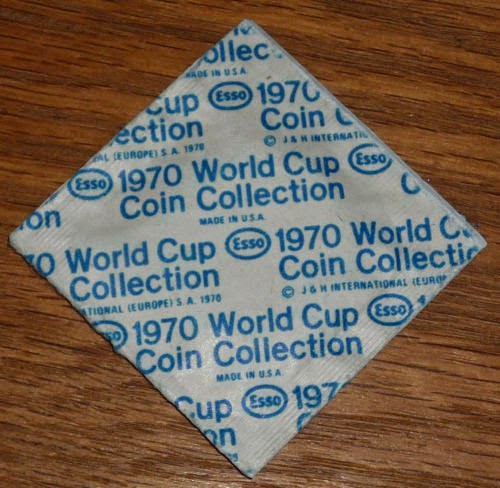 My appetite for the tournament had been whetted in the weeks leading up to it. Esso were running a promotional scheme whereby World Cup coins of the England team were being offered with each visit to buy petrol. As ever, my grandfather looked after my interests. Whenever he gave me a few packets of the free gifts it was so exciting to open them up to see what player was inside. 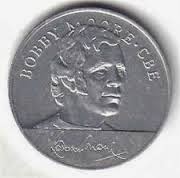 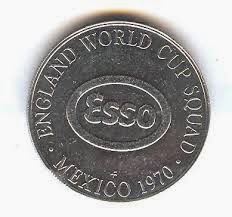 The coins were lovely and very collectible with attractive designs and true to life depictions of each player. The full set of coins were set in a blue board. 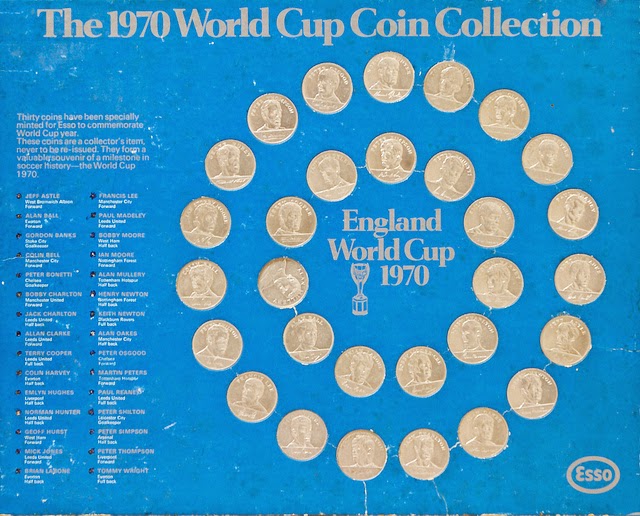