One vignette that slipped through the net in my book, The Stair, was the Pentland Festival.

Not that I had forgotten it, but more because, out with the writing of the great local historian, Charles J. Smith, there was a dearth of material out there. Anyway, yesterday, whilst cycling along our Highland country lane in Jamestown I thought it’s a while since I’ve posted on The Stair blog so I thought I would pen a small post to see if it stirs up any memories amongst our readers. 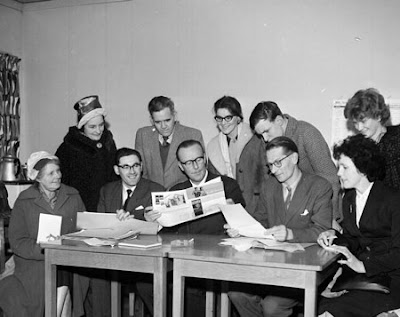 The first Pentland Festival was held in April, 1964 and lasted for three days.

The name was chosen as it unified the various local communities in the area and as Smith writes the programme featured a silhouette of the Pentland Hills.

I have two main memories of the festival - one that was wonderful; t’other which was less so; but both of which summed up my personality - playing to the gallery successfully, then unsuccessfully! 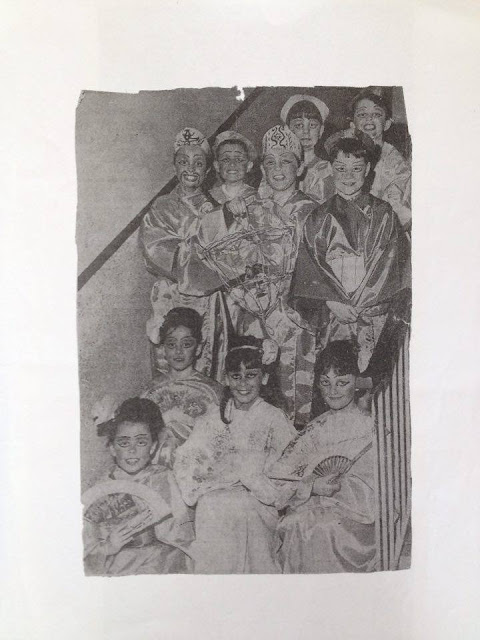 In the former, I recall taking part with some of my Hunters Tryst class-mates around 1965 or 1966 in a very successful production featuring a popular one act play. I can no longer recall the name of it - was it something along the lines of ‘The Princess Chooses’? (Cath - McQueen? - thinks it may have been 'The Nightingale' - see below) - any help on this would be very welcome! 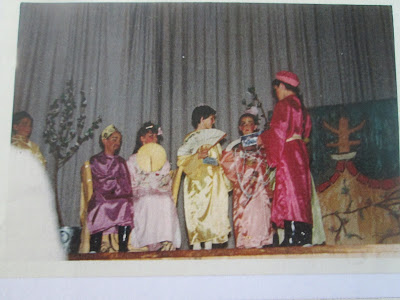 We performed the one act play over the three evenings and received a rapturous reception from full audiences; by the third night we were well in to our stride, full of confidence and exhilarating in the event. 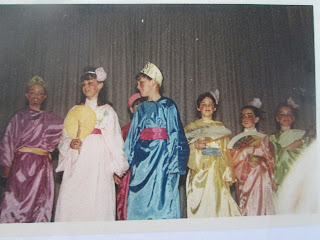 The programme was mainly held in the old Hunters Tryst Primary School in the main hall which was an excellent facility - not only as an auditorium, but it was spacious, with a good stage at eye level with fine heavy curtains et al. 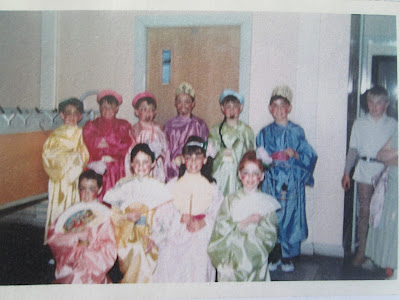 Other events were held at the former St John’s Church, sadly, like the school, no more and also Firrhill School. The overall programme included both children, young people and adults and featured not only plays, but music, singing and dancing and very professionally produced. 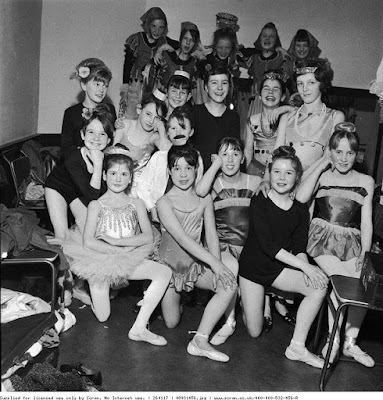 The ballet probably called on the services of the extra-ordinary talents of the Patricia Browne School of Dancing; whereas our play was directed, I think, by the lady who used to facilitate the annual visit to the school by a professional company.

Either Hunters Tryst or the Education Department rather imaginatively hosted the event to entertain the school with several performances throughout the day catering for P1 through to P7.

The lady who hosted the event was quite mesmerising. From behind the curtain a head would suddenly appear. The audience was hushed into silence. She would then say ‘CUCKOO! CUCKOO! CUCKOO! Act 1’ or ‘Act 2’.

There was something rather eerie about seeing this floating head and the way she held the audience and our anticipation about what was to follow.

The driver behind the festival was to help unify the new community of Oxgangs with Firhill and Colinton, bringing disparate individuals and groups together and to help engender our cultural sensibility.

The concept was successfully facilitated through the efforts of the charismatic Rev. Jack Orr - no surprise there and the St. John’s Church’ Women’s Guild. I certainly recall appearing in a youth group variety performance at the old church hall, but I’m unsure whether it was a part of the festival or a church event.

Smith recalls a particular highlight of the inaugural Pentland Festival being a local pop group who when they took to the stage how the younger members of the audience surged to the front of the stage. Given the City Fathers, including the Lord Provost, were present there was a certain consternation, but the event was deemed to be a major success.

Less successfully in my small world, I had a smaller role come P7 - only a minor part in the choir. Probably seeking attention I got booted out for misbehaviour. Of course I couldn’t inform my parents about this so for three evenings I had to go through the charade or facade of getting dressed up smartly in my Hunters Tryst tie and white shirt to kid on that I was going up to perform, but instead spent a lonely evening sitting on a park bench in Colinton Village until I deemed it safe to return home to comment on the evening - an Oscar winning performance which of course went completely unrecognised! 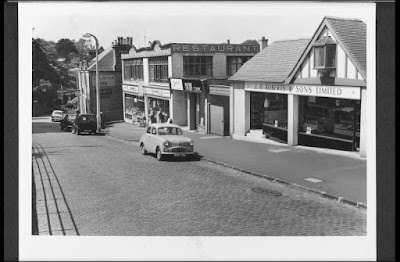 My only concern was that on the last evening - the Friday - our next door neighbours, Molly and Dougal Swanson were to be in attendance. Either their eye-sight was poor or they just kept 'mum', because when she enquired they replied, ‘Oh yes Anne (mother), he was very good!’


Interestingly, Smith makes mention of a regularly produced periodical entitled The Pentland Review. In the unlikely chance any reader has copies of this magazine it would be interesting to see it; and surely still, no-one out there has a copy of an old Pentland Festival programme - or do they?

Photographs detailed of the Hunters Tryst 1961-1968 class above courtesy of Catherine McQueen's Mum; those below, Scotsman Publications 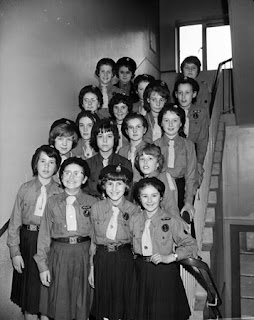 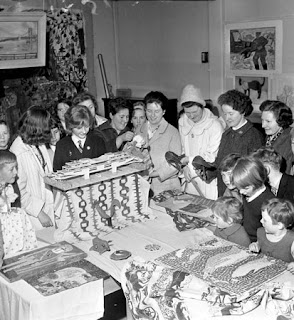 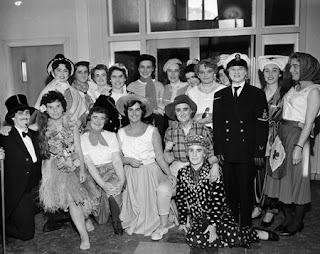 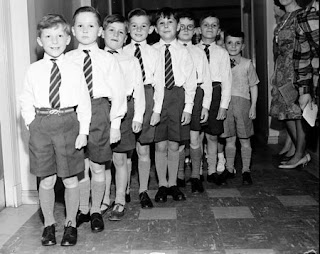 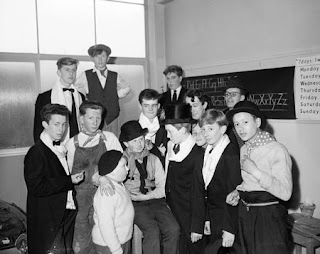 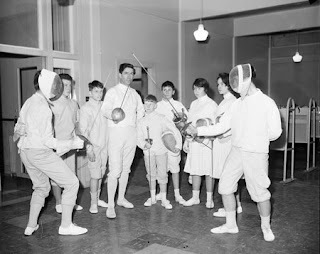 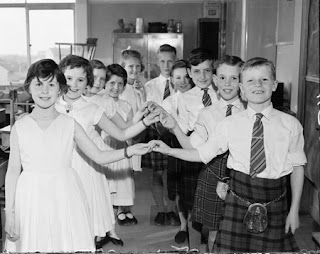 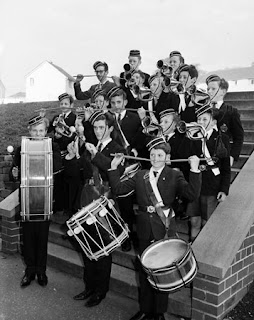 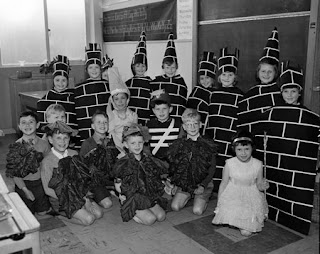 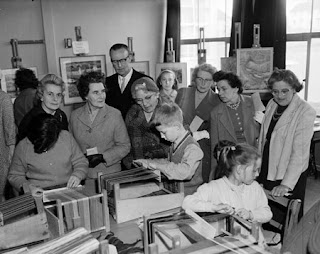 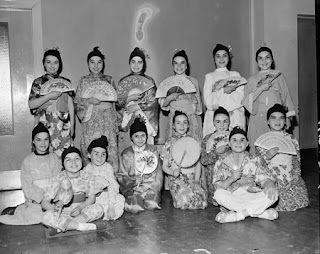 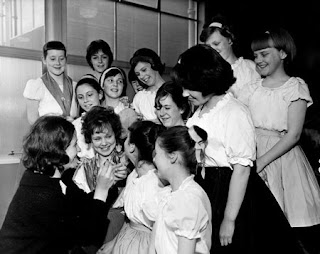 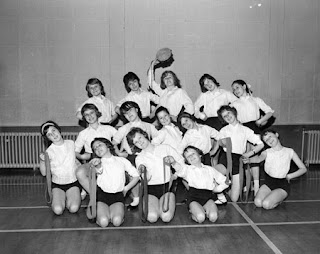 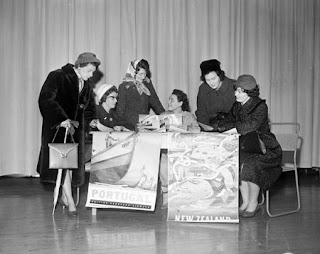 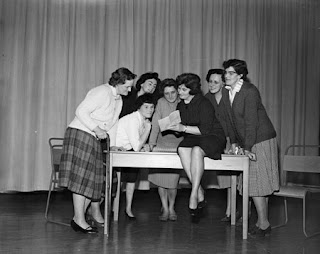 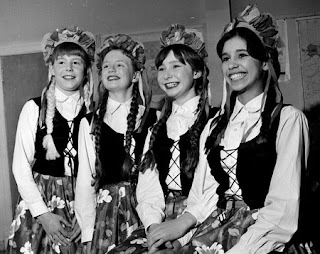 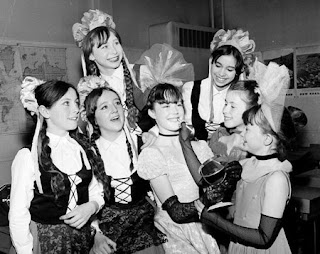 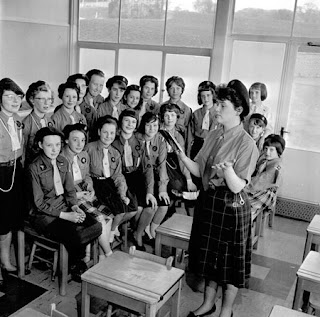 Hi Peter
The name of the play at the Pentland Festival was, I am pretty sure, "The Nightingale".
Cath