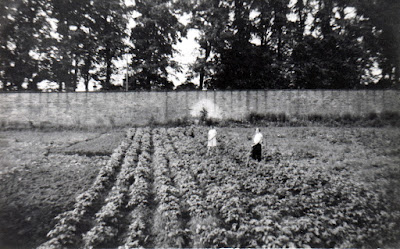 I've attached some great photographs from a Ray Nimmo with the added bonus of a mystery/puzzle - trust it will generate much heat and even some light!

The photographs are from circa 1955/1956 and features Sandy, Amy Louisa and Carol Gay Nimmo harvesting their market garden. Ray is not quite sure if it was in Oxgangs, Comiston, etc. - my initial thought is either Comiston or Dreghorn? Here's some extracts from Ray's e mail: '...help me to locate the site of the walled garden that I spent the first five years of my living beside in a small bungalow.  It was owned by my parents at the time who tried unsuccessfully to run it as a 'market garden' and was sold on for development about 1959 (but did not make my parents wealthy!). 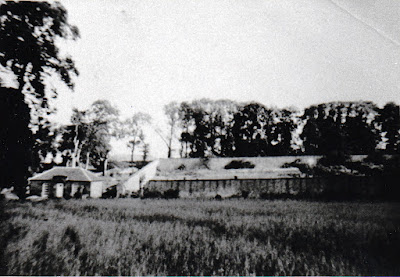 Try as I might, I cannot pin its exact location down.

My wife and I have recently come full circle back to Edinburgh after a life of moving all over the UK and now live in retirement in Greenbank.

I am trying to get a better grip on my family history and locating this old garden is part of that search.

I attach the only photos that I have of the garden and as you can see it was quite substantial so it must have been associated with a large house back in the day (which may be the one at the back of the photo but I cannot recall it from my childhood).

It was near Oxgangs Farm (I recall helping the farmer sow crops sitting on the back of his tractor's seed drill (strictly verboten now!) and watching the cows being milked).

Also the Oxgangs shopping precinct was relatively nearby and in the process of being built. Any information or help that you might have would be much appreciated.' 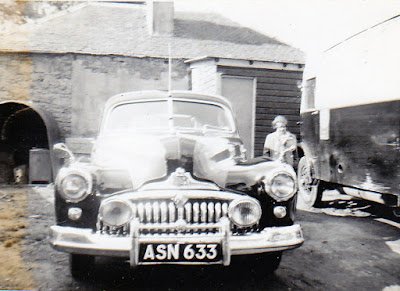 My good friend, the inimitable Douglas Blades, may well have solved the mystery of the site of the old walled garden which was posted last week. If anyone wishes a high quality attachment of the two poor quality map images which I've posted below, please let me know and I'll e mail them to you.

Douglas Blades: 'I'm sure this was just along from the (Oxgangs) Broadway on land which I always thought belonged to Harwell’s (of Colinton Dairy etc. fame) and I also think it was abandoned before 1965.

I remember the bungalow lying abandoned and derelict after the folk moved away and exploring it.

Yes, there was a walled garden and small blocks of flats were built on it but I think the wall remains.

Mr McCall, a Boroughmuir English teacher lived in one of the flats either just before or after he retired.

I also remember that potatoes still came up here and there is a field beside it.

We passed near it on our way to play at The Gully which was nearer Buckstone than Oxgangs and quite near to what used to be the Pentland Hills Hotel (I think!)

I'll have a look at old maps next week plus Google earth and see what I can find to jog my memory.'
Later 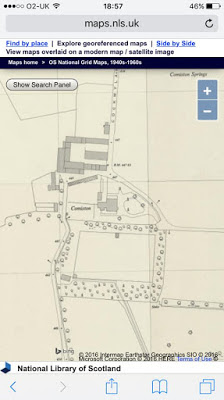 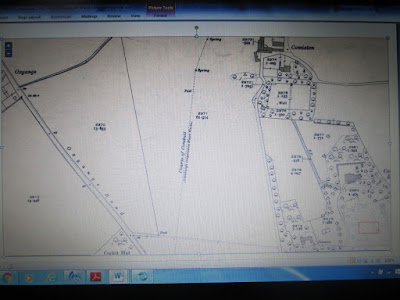 Bottom left hand corner, larger square marked just out with the walled garden is the cottage. Over to the left, Oxgangs, what is now the (Oxgangs) Avenue - looks like it is just a path. 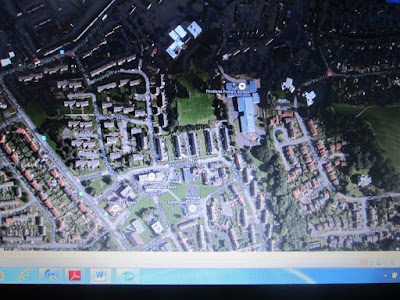 Now over to Google earth satellite picture. From the old map, the only thing still with us today is the house below the word Comiston and its boundaries. You can see the two blocks of flats which were built within the walled garden and you can sort of follow the old road between it and the newer Pentand Primary School. The older house in its own grounds on what is now Camus Avenue also appears to still exist. The tree lines don’t seem to have changed much and Pentland Drive seems to follow the old field boundary. As we passed over it from the Oxgangs side the first field had been a potato field in its final days as cultivated land but the second field was fallow and just grass as far as I can remember.

Looking at Google street view it appears the old boundary wall has now gone. When the two blocks of flats were built it was still there but breached in places.

I reckon the cottage would have been at the end of what is now Pentland School Lane or at the end of the block of garages beside the lane.'

When Ray first got in touch with me I suggested kicking off with an old Edinburgh & Leith Post Office Directory, but he didn't think his dad had a phone. Well, he did - thanks to David Shannon for tracking this down, which corroborates Douglas Blades' excellent detective work - 'Sandy Nimmo - Market Gardener!'

ps As Douglas says: 'It's quite remarkable what can be found out! All good fun!'
Isn't it great what can be done when people work together and share information!

I received this e mail this morning.

I stumbled onto your blog and saw a post about a disappeared walled garden at Comiston. I wondered if you've seen this Edinburgh Council website?

It shows maps and aerial photos from the last 160 years of any part of the city. I find the 1940s RAF shots very useful for research. 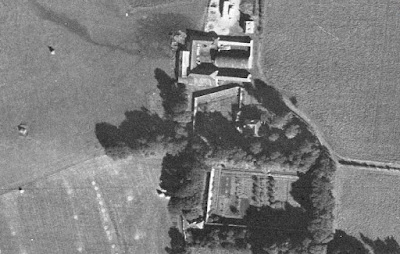 I was able to find the missing bungalow and walled garden with this. Perhaps Raymond Nimmo, who asked where it was would like to see it? (Duly done - thanks Ken - may make for a good framed photograph!) The site of the walled garden is now Pentland Drive.