With Remembrance Sunday fast approaching and in its centenary year (1918-2018) I thought I might post this article by David McLean from earlier in the year. 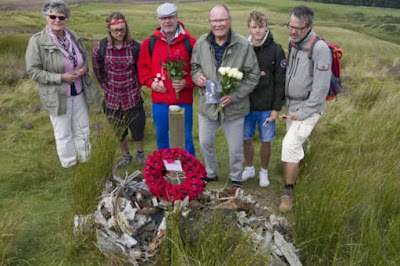 Family pays respects to German pilot killed in historic Pentlands plane crash Klaus Forster, 80 (third from the right) and four generations of his family from Germany attended the memorial site at Hare Hill, Pentlands where his father, a Luftwaffe bomber pilot, died when his aircraft crashed in August 1943.

The family of a Luftwaffe pilot killed when his plane crashed in Scotland 75 years ago have visited Scotland to pay their respects to him.

Klaus Förster, 80, the late airman’s son, along with four generations of the family, travelled from Germany to the crash site memorial at Hare Hill in the Pentlands near Edinburgh. 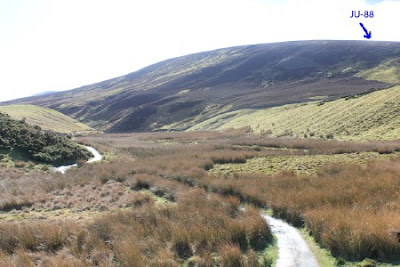 On the evening of 24 March 1943, a four-man crew including Oberstleutnant Fritz Förster embarked on a mission to bomb Leith Docks aimed at disrupting wartime naval traffic in and out of the busy port. 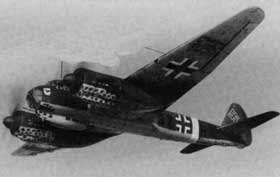 Their Junker JU 88 left an airstrip near Paris and travelled up the Dutch North Sea coast before turning north-west towards the Firth of Forth. On their approach, however, the crew failed to locate their target and decided to jettison their incendiary payload across farmland outside Edinburgh.

But as they made their way south across the Pentlands, their plane struggled to clear the summit of Hare Hill and crashed into the hillside.

Mr Förster and the other three crew were killed and the wreckage was scattered over a half-mile radius. 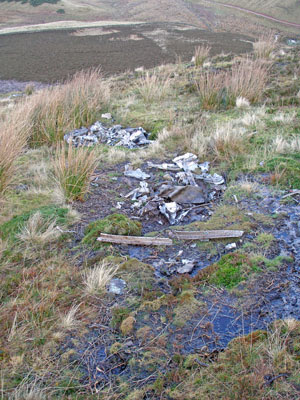 After the airmen were laid to rest in 1964, the location of the crash site faded from public knowledge. But in the late 1990s aircraft enthusiast Kenny Walker became fascinated by the story and set about trying to find the crash site.

Mr Walker said: “I’d read about the crash and knew a small fragment had been found on the hill. I’d searched one side of the hill, but grew fed up of not finding anything. “I noticed that the whole hill was covered in heather except for one area of grass. I went back with the metal detector and ‘bingo’.”

Having discovered the crash site, Mr Walker felt the crew deserved to be suitably remembered and worked towards funding a memorial. “The memorial was erected in the latter half of 1999,” he said. “It’s just a wooden post with a small plaque, so it was very easy to erect.”

He said people questioned whether there should be a memorial to Nazi airmen. However, he said: “I felt they should be remembered as human beings.” 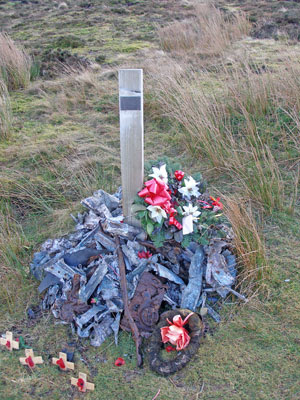 News of the memorial made its way to the Försters in Germany and the airman’s granddaughter Birgit announced that members of the family would like to attend the memorial’s unveiling. Mr Walker said: “Ten of them made it, including Fritz’s son Klaus with his wife and their two daughters.”

A Christmas card last year from Klaus Förster’s grandson Max Quass informed Kenny that the family were returning to Scotland on holiday and wanted to re-visit the memorial. He added: “There was a real feeling of reflection and remembrance. Klaus genuinely appreciates what has been done, not just for his father but for the other three men too. “If you strip away the horror and nastiness of the war, you realise that four men died at this spot. That’s the important thing we need to remember.”

There are various photographs on the link below;

David McLean's article and with over 40 comments may be found at the link below: