Throughout the 1960s the source of heating and hot water in each house in The Stair was the small open fire in the sitting room.

On late autumn tea times and cold winter nights we would all gather around the coal fire.

It was at the fireplace that we would dry our sodden socks 'n wellies after playing out in the snow or from getting wet jumping the burn.

Many's the tea-time when Gaga (grandfather) dropped by most week days for a cuppa and to slip us some pocket money or on Tuesdays a box of fruit and veg.

There was more than one coal-man who came to The Stair but our coal-man was Veitch.

He used to come to the house every Friday lunchtime.

Because I skived off school so regularly on many occasions in later years it would be me who hosted the visit.

It was either Alex Veitch and/or the second man on the lorry, who may have been his brother - certainly there was been a Veitch Brothers Transport business at Loanhead for many years.

I assume they used to get their coal from Monktonhall Colliery? 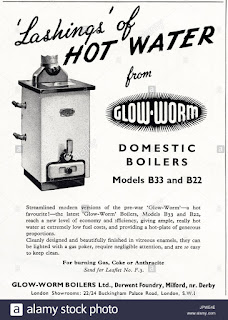 In the quieter summer months I wonder if they did other types of transport to maintain an income, although I think some families may have boxed clever buying in some coal over the summer months to stock up for the winter. And of course the coal fire was also the main source of hot water for the household other than the small boiler which we had in the kitchen.

I always found the 'coal-man' gruff and unrecognisable under their sooty faces; although you would have thought that after years of getting deliveries there would be a relationship there, but for me it was only ever a transaction.

We used to get a bag of coal and a bag of something called chirles - I haven't been able to track that word down since, but basically chirles were very small pieces of coal - the scrag ends; I suspect they were also slightly cheaper too and they were better for getting the fire going before larger lumps could be put on to the glowing fire later.

Under the guise of the cap, jacket and sooty face I wouldn't have recognised Alex from Adam, but our mother knew and liked Alex Veitch.

She said he used to scrub up well when she saw him at the dancing at the Plaza at Morningside.

She also spoke of his kindness too. On occasions when we had run out of money and couldn't buy coal in the winter months saying 'Oh! sorry, but we don't require any coal this week' he would have a look at the empty coal bunker and put in a free bag of coal - perhaps influenced by three children in the household.

In later years I may even have come across him when I worked in Midlothian where the local council used to help out with the Loanhead Gala Day.
Posted by Peter Hoffmann at 24.10.18