In The (Oxgangs) Season of the Year - Victoria Day 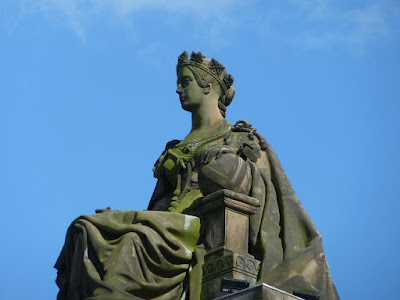 Victoria Day is a public holiday in some parts of east Scotland, chiefly the cities of Edinburgh and Dundee although it was formerly more widespread. It is celebrated on the last Monday before or on the 24th May and commemorates Queen Victoria’s birthday (24 May 1819).
During the 1960s traditionally the local schools and some offices and shops were closed on Victoria Day. It wasn’t a bank holiday so if you worked in government offices there was no holiday for you.
As with many public holidays very few shops in Scotland now observe it but during the era we used to celebrate the occasion in the Oxgangs area without really knowing anything about it; back in the day knowledge came slowly.
The way that it was celebrated locally was with a bonfire meaning we had two in the year almost perfectly separated by 6 months apart from Guy Fawkes night come November. Looking back there was a distinct difference between the two but also a similarity between the occasions.
Unlike the 5th of November the Victoria Day bonfire was held when it was completely light – we were on the cusp of summer - and it was only after ten o’clock in the evening that we could enjoy the glowing orange and yellow embers of the slowly dying fire which usually burnt on through to the early hours of the morning. 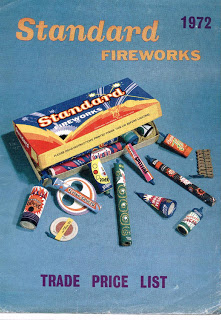 A second difference, at least I assume so, was there were no fireworks to light up the May sky – it may have been difficult for the likes of Astra or Standard to justify selling them to such a limited area within the United Kingdom although I wonder whether some enterprising shopkeepers in Dundee and Edinburgh were proactive and managed to stock them for sale locally.
I only visited the dry-salters’ shops occasionally. There was one such shop, Sandison & Douglas, at the south-east corner of Oxgangs Broadway (number 9) and another one at the north-east corner at the Oxgangs Crescent shops (number 29) which was owned and run by Mr T. K. Francis. 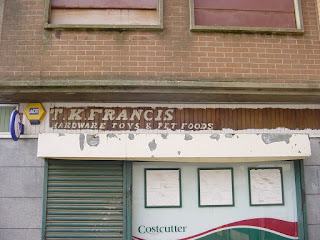 My visits were mainly seasonal.
Out-with helping Mrs Helen Blades (6/6) Oxgangs Avenue with her Saturday morning messages and getting some paraffin and briquettes from the shop I only visited the dry-salters shop at the Broadway around fireworks time tying in with Victoria Day.
The shop sold an unusual safety match which if we were up to some misadventures we'd look in and buy a box and of course they were handy for such an evening in the year.
The matches came in a fascinating little fancy box; they were of a much higher quality than Bluebell or Swan Vestas - coincidentally they were named after the queen but the design on the box is more reminiscent of  Queen Boudicea, Queen of the British Celtic Iceni tribe. They came in a small orange and red box with fewer matches but the coating of the match was thicker as indeed was the match-stick - higher quality - it's funny how things like that come to mind - I haven’t thought of this product for around forty years.

Where Victoria Day was similar to Guy Fawkes Night was that when Edinburgh Corporation deemed our bonfire to be too large they sent round council lorries to take away some of the old furniture or sofas from the bonfire from around the back of 6 Oxgangs Avenue; however the kids were so well organised that we’d remove the items back again from their lorries whilst they were away for their next batch and instead hid the combustibles in local sheds and back alleys until the fire was close to being lit or when it needed a top-up.
From around 1966 onward the annual bonfires that used to be held in the wee field directly out the back of The Stair were deemed by the Fire Brigade and Edinburgh Corporation as being far too close to us all as indeed they were; certainly such was the heat that emanated toward The Stair that the Blades, the Hoggs and the Hoffmanns didn't need a fire on either of the two bonfire nights. At least the Swansons, the Stewarts and the Smiths were on the wrong or should that be the right side of the bonfire; whereas the Duffys and the Hanlons were a bit safer on the top landing.

Although I left Oxgangs on St Andrew’s Night 1972 I think even by then celebrating the old queen had become but a recent memory. 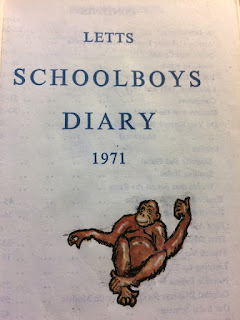 Certainly there’s no reference to the occasion in either my 1971 or 1972 Letts Schoolboys Diaries although in the former I record that Hunters Tryst Primary School had a half day so this perhaps confirms it was already starting to go out of fashion with the new decade of the 1970s. 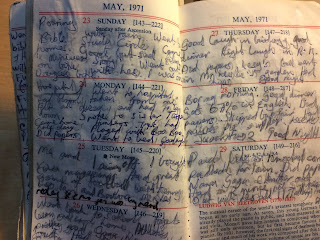 However, the following year I probably appreciated it much more as I enjoyed a holiday from working at Thomas Graham & Son Ltd. 51 Balcarres Street Morningside -  'Monday, 21st May, 1973 Great! no work today as it was the Edinburgh Victoria Holiday.' 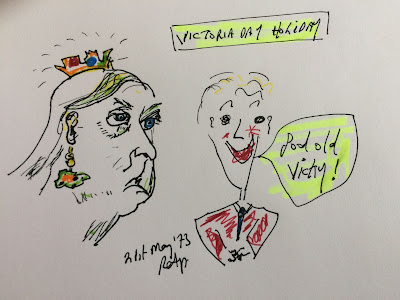 Looking back it’s interesting the way we celebrated Victoria Day in this way and how it had become such an integral part of the Oxgangs culture so very quickly within the new community – part of the ‘Oxgangs Season of the Year’ without most of the active participants really knowing why we were doing so and then how such a tradition could just as suddenly be snuffed out and melt away into the night ether without more recent generations knowing anything about the day.
Posted by Peter Hoffmann at 19.5.19