If two words could describe the women in The Stair the words would be Aye working.

Never mind Stephen Covey's management books of the past twenty years-the women in The Stair could have shown him a trick or two; they had to deploy wonderful management skills, ingenuity, stamina, resilience and character in raising their families; running their households; making ends meet with very little money; getting value for money at The Store (St Cuthbert's Co-op) and armed with few time saving aids.

There wouldn't have been a great deal of variation in their work throughout the course of the year, but the winter was probably the busiest of the four seasons and the summer, perhaps the easiest. Breakfast might have to be made for their husbands before they headed off to work-certainly Dougal Swanson was provided with a cooked breakfast of bacon and egg each morning. The younger children would have to be raised from bed and dressed for school.

In the dark months of December, January and February the day might begin with the fire ashes being cleared out although to keep costs down, the fire might not be lit until much later in the day. At 6/2 three children, Anne, Iain and I would need to be given breakfast-if it was toast and tea it was something which we were soon taking responsibility for. And from the age of seven or eight we were encouraged to do a fry up of sorts on a Sunday morning.If two words could describe most of the women in The Stair the words would be aye working.

Washings were time consuming without a washing machine-doing a washing by hand followed by putting clothes through the wringer was killer work, even before being hung up to dry on the washing green in the warmer months. In the winter, clothes needed to be dried inside-no mean feat in a small flat without central heating. Whilst back in the 1960s we had far fewer clothes and there was perhaps a lot less washing done, imagine what life was like for each household which averaged five in size, never mind the large Blades family-talk about Sysiphus!  It must have been like a Chinese Laundry-washing and drying on an industrial scale!

Some families used the washing green, others didn't. Mrs Hanlon, Mrs Swanson and Mrs Hoffmann regularly hung their washing out to dry-no doubt some interesting conversations took place there. I believe there was a rota for each Stair but because some families didn't use the washing green, there was an arrangement which allowed the regulars all week access to The Stair's allocated section. Helen Blades didn't use the washing green-when Fiona Blades, Anne Duncan (Hoffmann) and I met up recently we concluded the reason for this might have been that it would have been so time consuming having to go down three floors with great piles of washing and then back up-not to mention dashing in and out if the weather changed.

Thereafter, housework needed to be undertaken and lunch made for those at home during the week. Messages of course had to be bought-without fridges this often meant visits to the shops on a daily basis. And come the evening, tea or dinner needed to be prepared. Not to mention taking one's share to clean The Stair. It was only into the evening that women might be able to put their feet up and relax in front of the box.

As we got older Anne, Iain and I shared some of the burden, particularly after Mrs Anne Hoffmann went out to work in the Civil Service after my parents divorced. Between the three of us we tidied the house, made the fire, did the messages and washed, dried and put away the dishes-we took a certain pride in having the place looking ship-shape for our mother arriving back home at tea-time. Iain has always taken a particular pride in being house-pwoud-even today if you call in to see him he's likely to be wearing his pinny which of course is kept spotless! In some ways, these were happy days for us at 6/2 with a good and much more relaxed atmosphere at home as the three of us were getting older too.


One observation or reflection on the 1960s was the amount of stereotyping-whilst men had to be seen to go out to do economic work, women did all of the repetitive household chores-most men would rather be seen dead than be seen hanging out the washing-as one might guess this was another example of Ken Hoffmann being different-he was happy to be seen on the washing green-he didn't need to prove his macho-ism! I seemed to recall Mr Bowman 4/6 also hung up the washing too-he was a very fit bloke who used to play football for an amateur team and would even be seen going out running-unheard of for the time-whereas today whether I arrive in Edinburgh early in the morning or very late at night the streets are dotted with joggers, the majority of whom are women-such a radical cultural change from the 1960s-perhaps the housework burden is at last being shared? Or not! 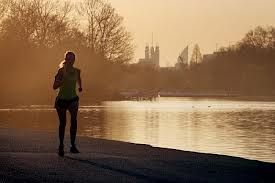 Hello Peter
Yes the washing saga in the blades household I remember on some occasions my mother putting all the washing in the bath and the getting us little ones to stamp up ad down on it so guess you could say it was a forerunner to the washing machine,everything then went through the mangle and then onto the pully in the kitchen which got things dry but smelling of whatever had been cooked. Which was lucky for us as our Oxgangs diet never included cooked food during the week,our luxury was mince on Sundays. I do remember your mum having a twin tub the height of luxury
Ruth

Good to have the authorised version Ruth-your old sparring partner Anne (she is over 50 noo, but does not look a day over 49) maintained that in the interests of efficiency you and Esther used to have your bath with your clothes on! Good idea too on the cold food-nae cabbage perfumed clothes-have you considered a book full of household tips?-Could be a best-seller!

Yes the chopper was a great status symbol we could never afford such luxury's we had to make do with an old annual on a roller skate no steering or brakes but it was grand fun.

Excellent Ruth-I thought I had forgotten all about the book on the roller skate, but can picture you now!