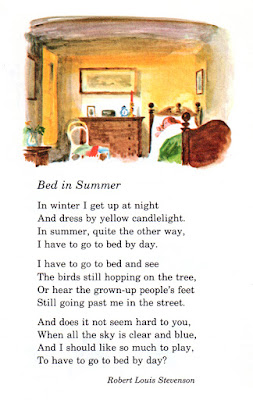 When we were young we had to go to bed far too early on summer evenings. 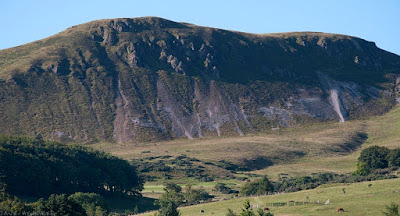 We children had the back bedroom which faced toward the Pentland Hills and the scree slopes of Caerketton and Allermuir. It was south to south west facing and therefore enjoyed the sun from lunch time until early evening. 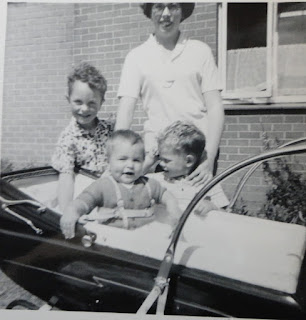 The curtains would hardly contain the light and I would lie in bed on the top bunk watching the shadows of the numbers 4, 16 or 27 Edinburgh Corporation buses move and circulate around three of the four walls of our bedroom. 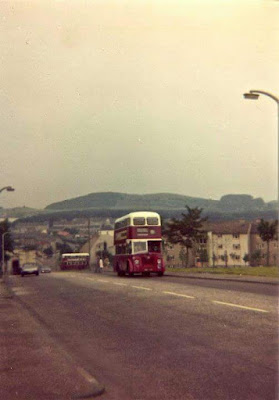 Occasionally there would be the sound of footsteps going past of an adult returning home from work to Oxgangs Street or going out for an evening outing.

Worst of all were the sounds of other children laughing and shouting, still out enjoying themselves playing.

I suppose it must have been the same for the Hoggs, the Blades and the Hanlon and Duffy children too.

It may have been a small comfort if we'd realised we weren't alone - a century before Robert Louis Stevenson clearly experienced the same thing too.
Posted by Peter Hoffmann at 17.8.18