Oxgangs - A Pastime From Time Past Shell-shocked - Old Sandy's Story


Exchanging memories and stories can be quite revelatory. 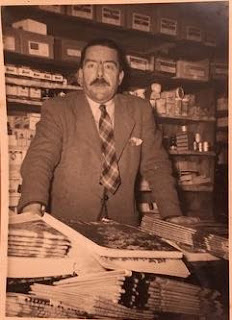 Andrew Baird son of the founder of Baird's Bookshop & Newsagent

When Fiona Blades (6/6 Oxgangs Avenue) and I met at Starbucks, South Gyle, Edinburgh back on 23 July, 2012, we were talking about days forty years previously when we did newspaper rounds for Baird’s Newsagents at 13-15 Morningside Drive.

I asked Fiona if she remembered old Sandy.

No matter the weather or the season of the year he always dressed in an old overcoat and cap.

He was toothless and I could never quite understand what he was saying, however Fiona and Pamela Baird (who ran the newsagent’s) could.

Sandy was always punctilious; probably getting the first early morning number 41 bus down from Greenlea Old Folks Home, Greenbank to the shop where he collected a bundle of newspapers to thereafter distribute to his fellow residents at Greenlea. 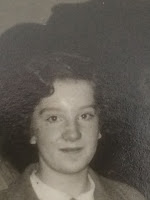 Pamela Baird who ran Baird's Newsagents between 1966 and 1972

In return for doing this I think Pamela provided him with his bus fares and tobacco.

Sandy also came down to the shop in the afternoon to collect copies of the Edinburgh Evening News and deliver them to the home too.

Looking back it probably provided a welcome structure to his day - a diversion; it got him out and it would have been good for his self-esteem too as he would have felt he was being useful and making a contribution, something that is important to us all, young or old. 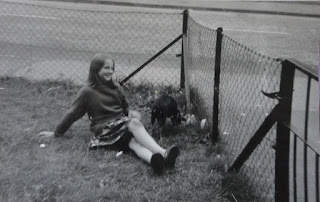 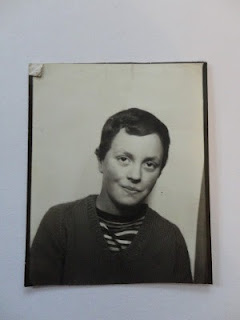 On dark winter mornings Fiona and I would sometimes stand in the shop doorway with Sandy whilst he awaited the number 41 bus for its return journey up Morningside Drive.

Old Sandy always had a cigarette in his hand, but it was very difficult for him to smoke it because his hand shook so much.

We would try to converse with him - being young and lacking in empathy we would probably exchange the odd, knowing glances at each other at this poor figure who shook quite violently. We weren’t nasty at all, but we were young and of course couldn't envisage ever being infirm ourselves.

Anyway, over coffee, Fiona said to me ‘Peter, do you know why Sandy shook so violently?’

‘Well, it was shell-shock from the First World War.’ 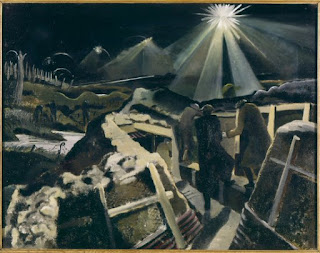 'I think Fiona may have been mistaken about why Sandy shook.

I worked in Greenlea when I was a student in the 1970's during the summer holidays.

I remember Sandy as he was in Dalgetty which was the name of the section of Greenlea he lived in.

I remember Sandy going to collect newspapers in the morning and the Evening News in the late afternoon.

However, Sandy did not have 'shell shock'.

In his working life he had been a roofer. He had an accident and fell from a roof which had caused damage neurologically as he had hit his head. This was exasperated by him developing Parkinson's disease a few years later.

I know this from being told his background from one of the nurses who handed out the medication to residents. Sandy was on medication for Parkinson's disease - I had to give him his medication after receiving it from the nurse, so I think Fiona was mistaken.

One of the symptoms in late stage Parkinson's was difficulty in speech. Sandy found it difficult speaking but you got used to working out over time what he was saying.

We used to keep his meal at tea time aside because that was when he went down to Morningside to collect the Evening News'. The 41 bus stopped right outside Greenlea.

If Baird's closed in 1972 after Pamela gave it up then either he collected the newspapers from who ever took it over or another newsagent as I worked at Greenlea as a student in the holidays from 1976 for the next few years.'