Ken Hoffmann Being Different, No 1 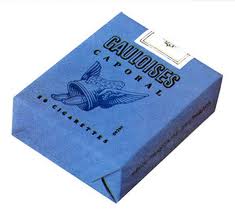 In many respects my father was quite different from the other fathers in The Stair. For one thing, he smoked French cigarettes - either Disque Bleu or  Gauloises. It’s a long time since I’ve smelt the smoke, but I would recognise it instantly as it pervaded the house. 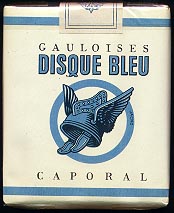 If he’d run out of cigarettes I would be sent on a little adventure on the number 16 bus to either Morningside or the century old Boroughmuirhead Post Office to buy him a packet. They weren’t sold locally. Also, in the 1960s it was very rare for any shop to remain open in the evening.

When I returned home with the cigarettes, it was almost the only time he seemed to be pleased with me.
Posted by Peter Hoffmann at 24.8.12

i can remember the disque blue only to well,dad let me smoke one in his company,he thought this would make me sick, it didnt,unfortunatly i am a seasoned smoker now.

Unc, glad it ain't only me getting the blame! I may be wrong but I seem to recall some of the girls in the stair smoking Consulate menthol cigarettes. Any smokers in the Main Cast?

I got my first electronic cigarette kit from VaporFi, and I think its the best kit.