I'm thinking of promoting the Oxgangs Diet-the ultimate answer to those seeking to lose weight. Fifty years on it’s only just dawned on me how relatively sparsely we ate, but probably relatively healthily. 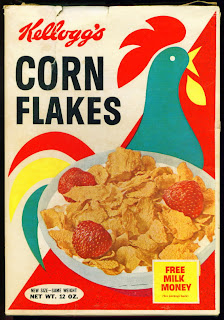 When we were quite young, each day and each week hardly varied, unless with the season-breakfast was corn flakes, sugar and milk (hot milk in winter) served up with a mug of sweet tea (from a pre-school age)-sometimes we varied the cereal with a slice of toast; my children didn’t have tea until they were well into secondary school!

Lunch was either school lunches (free if my father was out of work) or a visit home where we were served up, in a small Buchan’s Pottery bowl, stovies or stew and potatoes (sometimes Irish stew), or mince and potatoes or tripe. 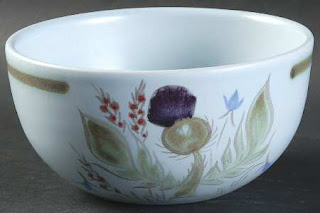 At tea-time, this time on a small Buchan’s Pottery plate, we enjoyed a slice of toast with Stork margarine and a small helping of either scrambled eggs, tinned Heinz spaghetti or beans, all washed down with a single mug of sweet tea. 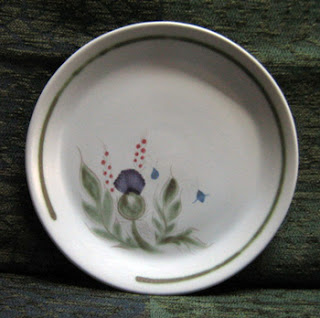 Out-with these meals there were no extras or nibbles-in later years a treat was a small cheap two shillings pack of custard creams bought at the Store (St Cuthbert's Cooperative, Oxgangs Road North) on a late Friday afternoon and finished before evening came. I suspect the average calories consumed each day could only have been around 1200 to 1500 absolute maximum.

I was an energetic kid and it didn't seem to hold me back. Each of us (Anne, Iain and I) could be described as being slightly below average in height-I was 1.78 (5'10") until I lost my hair a few years back and old age crept up on me-however compared to my two young sons who are six feet and six feet one, the boys regularly remind me I’m the smallest male in the household.

The only tweaks to this were on a Sunday when we visited our grandparents at Durham Road, Portobello-much more of this in a later blog; also for periods of time my father's mother, known to us as Nana Hoffmann visited us on a Wednesday afternoon and brought fish along. Also from her work as a housekeeper or at a school there would be a coffee cake which we hated and biscuits, which out-with the Empire biscuit were inedible too.

I'm unsure what other families served up-Mrs Hanlon served up a treat for her four boys Michael, Boo-Boo, Colin and Alan of treacle pieces-if I were in the vicinity she very kindly gave me a piece too, but I could never manage to eat it and used to slip it down the chute when no-one was looking!