For all the years I recall from 1958 to 1972 and beyond the chemist's shop at Oxgangs Broadway was run by Mr Forgan.

I assume he was one of the original shopkeepers.

As might be expected this was a well-run shop and always had a classy feel to it.

You somehow felt secure in his shop - it exuded a certain confidence and professionalism, something which you would look for in such an important profession.


If you needed to wait for a prescription there was a seat, however there was always such a mix of interesting goods in the shop and other customers that sometimes you didn't mind waiting.

It sold an interesting array of perfumes, salts, talcum powders, cough sweets and small penny lollipops - to help the medicine go down? The chemists' shops at that time had a certain pleasant smell about them.

Mr Forgan was a patrician sort of a chap - with his balding head and remaining white hair he seemed old to me then, but I guess he younger than I am now, 62 years of age.  He was courteous and pleasant and had a distinct presence to him - in my memory he looked a little like the Colonel Blimp character portrayed by Roger Livesy. 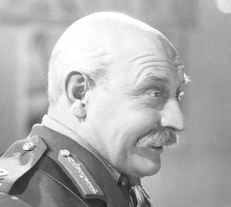 Because we lived closer to The Store, where as part of the overall building, there were an additional two separate shops, one of which was a paint and decorator's shop, (which couldn't possibly survive today) and the other was a chemist (where the chip shop is today) we tended to share our custom between the two chemists shops.Was the chemist here actually part of  St Cuthbert's Cooperative?

It had the same feel as Forgan’s chemist shop, but was smaller, less inviting and there was less freedom to roam and as a customer you were kept at a distance.

Martin Davidson’s mother (from further down Oxgangs Avenue) worked there; she was a glamorous woman with blonde hair - she was a very friendly woman, but someone who could also be sensitive combined with great customer care - an asset to the business. Although I haven't thought of Mrs Davidson in over four decades it's strange the impact and impression that people can make on you as children and still remain with you all these years later.