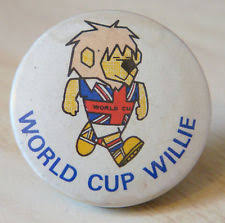 On Saturday 30 July 1966 at twenty to six in the early evening we were sitting in the living room at 6/2 Oxgangs Avenue having our tea.

There was a knock on the letter-box.

I answered the door (we were regularly asked by my mother to 'Answer the front door' as if we also had a back door too!).

I looked up to see the tall figure of Andy Allan (4/7) standing on the door step.

I was momentarily surprised because it was the only time before or since that he ever came to our door.

Andy was three years older than me. 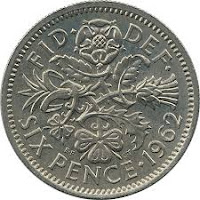 He handed me sixpence - a tanner - because five minutes earlier England had won the World Cup.

It was the first I'd heard of the news; I'd actually forgotten the game was even on or perhaps chosen not to watch, preferring to play football instead. Indeed, the appearance of Celtic and Rangers in two European finals a year later made a much bigger impact on me. Andy had however watched the World Cup final.


I'd made a bet with him; it was typical of Andy to pay up and so very quickly.

Andy had a lot of class; he was no more than an average football player, but was a fantastic captain. I always hoped to be picked in his team rather than Merc's in the evening's big game up at The Field.