On Tuesday, 8th May, 1971, at Boroughmuir School a class mate called Andy Downie walked past me and said 'Peter, I see you've a letter published in the Hornet this week.' Coincidentally, Ken Buchanan, the Edinburgh born and based world lightweight champion was on the front cover. 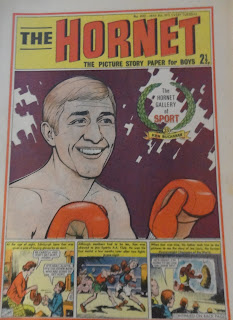 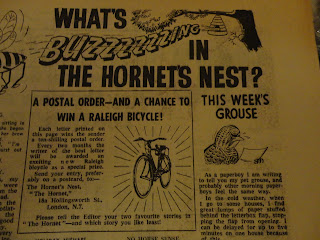 I could hardly contain my excitement - I got home to read the story in the letters page, The Hornet's Nest, and yes there it was - my name in print although spelt wrongly.  I received a ten shilling postal order for the story - excellent in its way, but ultimately I was disappointed because I wanted to win the top prize, a Raleigh bicycle. In retrospect justice was done, because the story was a porky - although my father had at least forty jobs in his working life, he'd never been employed as an electrician!

Footnote-Ken Buchanan was a major Edinburgh sports hero-as a young teenager I loved watching his fights around 1971-1972. A few years later in 1976 I took part in a Superstars type event at Perth with him and I think the rugby internationalists Andy Irvine and Bruce Hay were there too-my memory is a little hazy, but I think we were all driven to Perth in the back of an old Roll-Royce car. 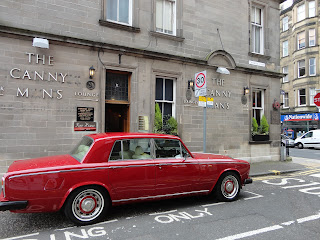