'Nice to see you'...that's always been the friendly approach deployed at the family owned and run Dominion Cinema, Newbattle Terrace, Morningside, Edinburgh. Their approach to customer care is one which veers towards a relationship rather than a transaction-a concept which I'll explore in a future blog.


The cinema has remained in the ownership of the Cameron family for three generations. Until his death last year, Derek Cameron, the manager, never seemed to change in appearance even into the new century'. He was a charismatic individual; as you go down the steps inside the building to the lower level the walls are adorned with lovely old photographs of stars from the glamorous world of the cinema-Derek Cameron was at least as handsome as Cary Grant. And of course as mentioned in the News Column, it was Oxgangs' very own, Bernie Calder who was the projectionist for decades. 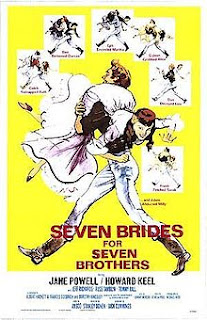 During the 1960s many, very happy Saturday afternoons were spent at 'T'he Dom'. Seven Brides for Seven Sisters seemed to be on regularly as did Genevieve and Reach For The Sky-Kenneth More had a very comforting presence. In Genevieve, the mews lanes in London reminded me of those at Merchiston. 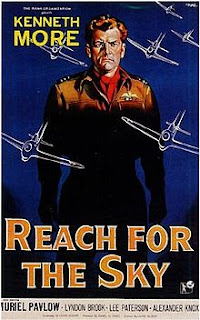 The cinema was large-back then the Art Moderne building could seat 1375 people in its cavernous space. Saturday afternoon matinees were the most usual occasion for our visits-there would be a mix of us in attendance-Iain Hoffmann; Ali Douglas; Boo-Boo Hanlon; the Ramage twins, Les and Derek; and others too. After the matinee performance finished we regularly tried to sneak in to see the tea-time performance, by hiding in the loos; then when the lights dimmed, we went back in to the cinema under the cover of dark-as you could imagine, this wasn't always successful.When we were successful it made for a long day in front of the cinema-too long for Iain who might end up with a migraine

We were never flush with money, particularly when one added bus fares and the price of a Kia Ora drink onto the cost of admission. When we were hungry could we delay gratification for the pleasure of a nice, comfortable bus journey home at the expense of a sweet treat? It was always a tough call, because the walk home was a long one with much of it uphill. More often than not we would end up spending our bus fare home to Oxgangs on some sweets.The ideal was of course to have the best of both worlds.

Often we would chance our hands, get on board the number 16 bus and tell the bus conductor we had lost our fares. Try doing that today! Anyway, sometimes the conductor would be sympathetic and let us ride for free-I wonder if that was gender influenced at all? Did female conductors show a more caring dimension? If we did get told to get off the bus, hopefully it had at least travelled a mile or so up Morningside Road; although I think one or two caustic or even toxic conductors rang the bell several times for an immediate stop!

In the early 1970s I didn't attend regularly-I notice from a diary that I went to see Where Eagles Dare on Monday 19 April-the Edinburgh Holiday and declared the film to be 'fabulous'. 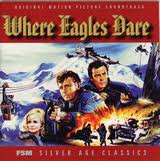 The following year the cinema was converted to a dual screen facility-today there are four screens. 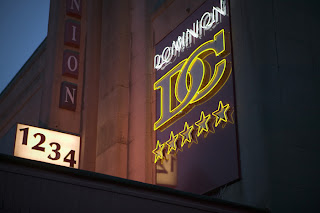 Whenever I'm down in Edinburgh Tom and I always go along on a Friday evening; whenever they're in the capital, Will and his girlfriend Diane, always attend too-great to see the next generation experiencing the simple pleasures we got from half a century before.