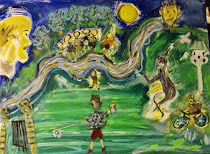 Did Oxgangs do exoticism in the 1960s?

During the school summer holidays when we were quite young, a nice outing was to the lovely Braidburn Valley for a small picnic. These family outings would tend to only include mums and children as the dads would be out at work.

We would set off eagerly, fresh as daisies and keen as mustard.

My sister, Anne, would be in a push-chair - very handy for transporting a blanket and picnic.

For those families such as us who lived at the four Stairs it was a long walk, because we were going from one end of Oxgangs Avenue to the other and from there onward through Braidburn Valley to the far end - a fair old distance. However, it was slightly downhill and as the Gaelic saying goes We had the sun on our face and the wind (just a zephyr) at our back.

When we turned into Braidburn Valley the first house on the left had a large back garden that ran adjacent to the cinder path into the valley.


A great highlight for all the children was the doo'cot in the back garden. If we were lucky we might see the exotic, white doves. For young children it was quite magical to see the birds. 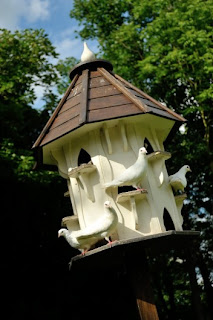 We always took our picnic deep into the valley toward the far end at the open air theatre which had been created just after the Second World War for outdoor performances at early Edinburgh Festivals.

This was a sylvan little spot.

The water in the burn was shallow, still and clear.

We would go barefoot in the burn and with our little nets fish for minnows and sticklebacks. The nets had been bought at the start of the school summer holidays, from T. F. Francis' drysalters shop at 29 Oxgangs Crescent shopping precinct.

We would always climb to the top of the steep slope and roll down the grass steps (outdoor seating for the theatre). This was always great fun. All the while, mums would chat contentedly with other mothers or read the Woman's Own or a novel all the while knowing the children were safe and happy. 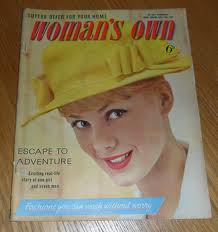 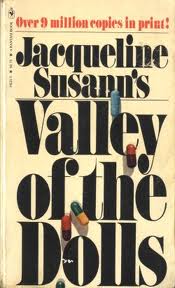 These picnics were simple little affairs. And then before we knew it, it would be time to head back home to The Stair.

This was the hard part; not just because it signalled the end of the picnic and the afternoon but because with our little legs it was a very long walk home.

We were at the far end of the valley; the cinder path was long and wynding and before we left the park we had to negotiate a slight uphill incline out of Braidburn Valley. However, at least there was the doo'cot to look at. And then there was the challenge of walking all the way along Oxgangs Avenue - a long weary walk in to the west. The sun was in our faces making us too hot and the breeze was against us. We were all a little weary from being on the go all afternoon and were all looking forward to getting home and our tea.

The smaller children might be lucky to get a collie-back ride or to find a spot on the push-chair. It was tough on the mums; being the eldest I never got a ride back to The Stair. There would be regular moans from some of the kids, I'm tired Mum. And then it would be over. Home was in sight. It was grand to get home and back to The Stair, pooped, but content; tired, but happy.

And the answer to the question is that no, there wasn't exoticism in Oxgangs.

Instead it was to be found at Greenbank. It was where two worlds met. The doo'cot served as a metaphor and perhaps summed up the difference between two communities at the border-line; the gap between the working class, council owned, grey housing schemes of Oxgangs and the middle class, privately owned bungalows and villas of the leafy suburbs of Greenbank.

I remember that road it used to read slow, slow and one day someone added the word quick so it read slow slow quick quick slow