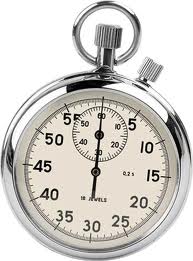 In the summer of 1971 that was a question often on the lips of the younger residents of The Stair, as well as kids from numbers 2,4 and 8 Oxgangs Avenue and also for others from Oxgangs Street.

In June, 1971, Paul Forbes, Iain Hoffmann and I visited a pawnbroker in the Grassmarket with the express purpose of buying a stopwatch. It cost me a fiver (£5). I had decided that my latest wheeze for the summer would be to organise athletics over the school holidays. Little did I know that it would attract over thirty kids as active participants. Today the relatively useless Active Schools Coordinators scheme pay officers £30k a year for doing less work with less success! Supplementing the stopwatch, was a measuring tape that I had managed to borrow from Bill Walker at Meadowbank Sports Centre and a little notebook and pen.


Within the notebook there was a section for each participant recording their best times and their best jumps. As Ruth Blades (Kaye) mentioned in a previous comment the events consisted of: Fence (Hoffmann garden) to Lampost (outside No 8 Oxgangs Avenue)-a pure short sprint: Bus Stop (outside No 2 Oxgangs Avenue) to Lampost (outside No 8 Oxgangs Avenue)-the classic sprint distance; Once Round The Two Blocks-a lap (or loop) of Nos 6 and 8 Oxgangs Avenue-three short bursts and two longer bursts with four left (right angles) turns; and finally the classic distance of Once Round The Four Blocks-The Stair's equivalent of one lap of an athletics track. We were quite happy to accommodate other requests too e.g. twice or three times Round The Four Blocks.

We also used to put on long jump and triple jump competitions too, which were held across from The Stair on the other side of Oxgangs Avenue on a grass strip beside the bus stop. These events could easily last for over an hour and more; they must have been quite entertaining for those queuing for a bus!


To help make everyone feel involved a relatively short distance would be marked out. I knew everyone could make the distance-even those as young as say Esther Blades. Each participant would have three attempts at each set distance to be able to advance to the next round and distance. The distances would be incrementally increased, but only gradually-this meant that everyone was involved for a good length of time, because each person had to complete the challenge. For those who were younger it would take a big effort to progress; if you were older or quite athletic one might show off or fool around in the early rounds and it served as a good warm-up.

As the distance became more challenging everyone was very supportive encouraging their pals to make a big effort to try to reach the distance and progress to the next round-if a younger child made it, a big cheer went up-if one didn't make the mark, there was commiseration that you'd make it next time!


Because everyone was so involved from the start, even once you were eliminated, everyone tended to stay on to see how the event progressed; to see who would eventually jump the furthest; and how far each person actually leaped. Also if you were knocked out you might become a judge or set the marker distances. And, although it was a competition, ultimately everyone, both won and lost-this was because you would usually get a personal best, but eventually we all failed at some stage to reach the marker.

Similarly, by running and timing each of the set distances, these were mainly done individually, so one was competing against one's self trying to improve one's personal best; if you were competitive, you could compare your times against your peers.

I kept the notebook for decades-I think it was stored in my grandmother's attic, until she died, when it became lost. It may still be amongst my own papers, but I don't think so. I was always tempted to take Will and Tom out to Oxgangs Avenue to see how they might compare to our generation's times. They would certainly have been game.

Until relatively recently when we visited the National Gallery of Modern Art in Edinburgh, I always had to time them on a lap of  the Charles Jencks Garden. Will started to outpace 'the old man' two years ago (but only up to 200 metres!)-it's taken Tom (16) until this year-I think!