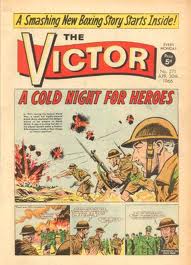 The comics of the 1960s were sensationally good, both in the quality of the stories and the artwork too.

The Victor was an important comic for my brother Iain Hoffmann and me but I don't think any other boys in The Stair read it.

It was a regular purchase for us. The comic ran from 1961 to 1992, probably the longest run of the comics from that era. Indeed I know that Iain was still getting his copy when he worked at Ferranti's.

A sad demise; if it were still on the go today, we'd buy it! 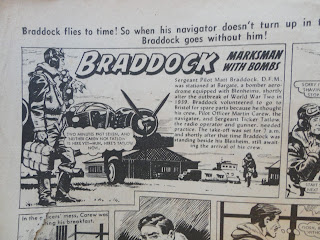 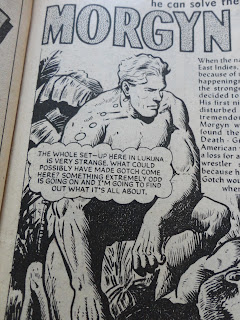 There were key characters who featured regularly - Braddock VC ,a surly, but deadly Second World War pilot. Initially I didn't get in to him at all, but in later years I began to appreciate him; but both Morgyn the Mighty and The Tough of the Track had an important influence on me. 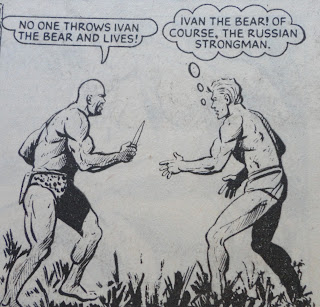 Clearly I was buying the comic regularly when Iain was seven years old and I was nine, because a Morgyn the Mighty story of the world's strongest men being relocated to a remote island to fight it out to the death remained with me making a deep impression. Today I've a complete run of that story
. 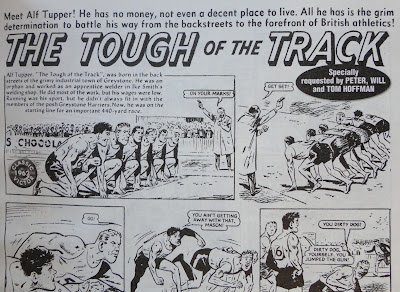 DC Thomson the publisher ran a good series (175 issues) called Classics From The Comics from March 1996 until October 2010 which reprinted many of the stories from its files.

Because I was keen for Will and Tom to experience some of the pleasures that we at The Stair had enjoyed I took out a subscription for the boys. Name-dropping - if you look carefully at Issue 149 you can see above that the Hoffmanns took an active part.


Tom was the biggest fan in the house and read every copy from cover to cover, several times over.

Indeed, when I asked him for the copy featuring the Hoffmanns he went straight to it - it would have taken me hours to find.

If he were ever to appear on Junior Mastermind, his specialist subject would have to be Oor Wullie, The Broons and Classics From The Comics - a bit like Oor Wullie on his bucket, he'd spend hours on the lavatory reading them. 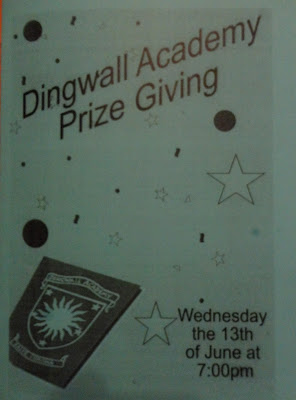 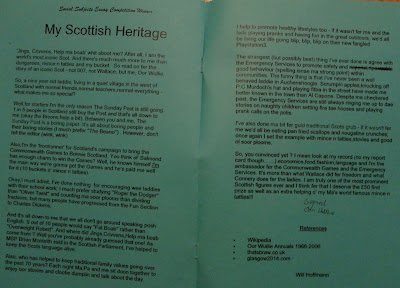 There were some compensations from the boys reading such cartoon strips. Back in 2007 Alison and I attended the Dingwall Academy Prize-Giving and were pleasantly surprised to see that Will had won the School Essay Prize (£50) which was reprinted in the programme. In true cartoon fashion he treated five of his mates to a 'slap up feed' in Inverness. 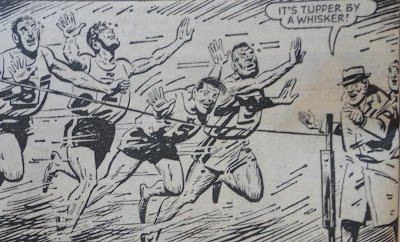 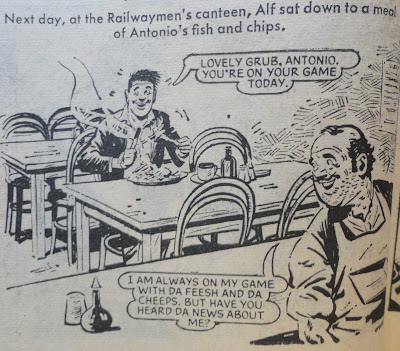 Alf Tupper's athletic adventures were my favourite strip in the comic.

Alf was a working class man living under a railway bridge. He lived on fish n chips and took on the toffs at big athletics meetings. I loved the stories and the art work was super - the imagery of the athletics meetings greatly appealed. In a later blog I'll write in more detail on Alf Tupper and Wilson the Wonder Athlete (The Hornet) and their great influence on me.

It was a very sad day when The Victor and other such comics hit the dust.

I've occasionally thought about approaching the company to buy the rights to the comic with a view to reprinting them weekly - I thought there might be a market for both today's dads and grand-dads of my generation and their sons and indeed grandsons.
Posted by Peter Hoffmann at 8.10.12