Getting up early in the dark was rarely easy; even if you had gone to bed early the evening before. However, once you had got over the initial shock of the Big Ben repeater alarm going off and got a bit of tea and toast into your system, the travelling down to Baird's Newsagents, Morningside Drive for our paper rounds on the 6.00 am Number 16 bus wasn't too bad in the winter months - the bus was cosy - the company of Liz, Fiona and Gail Blades and Christina and Maureen Hogg was good and the craic between the conductor and the cleaners was funny.

Once inside  the shop you were out of the cold, the wet and the dark. For half an hour it was quite Dickensian - like a small factory through the back of the shop where we folded the newspapers on the worktop in preparation for Pamela Baird arriving later to make up the paper runs.

Being Morningside most of the newspapers were broadsheets. Liz and Fiona were like robots - the speed at which they folded the papers was uncanny - they were like lightning. I could never keep up with them. When they weren't about I enjoyed appearing fast to the novices. When we had finished, our hands were dark and dirty from the ink.

I liked Pamela and warmed to her; I also admired the way she assumed responsibility for the business after her father died. She wasn't an early morning person so it was a struggle for her too; and running the business must have placed a heavy burden upon her at that time - in the afternoon she could be fun. I wonder what became of her in the decades after the shop was sold?

She came from a different class to us; Fiona and I would give one another knowing smiles and glances when Pamela answered the telephone and put on a posh accent for the benefit of her customers - there would be exaggerated pauses as she said 'Mmmh, yaass....mmmh yaass...mmmh yass'.

I liked working for Baird's, however, the thing which brassed me off slightly was that although we arrived at the shop half an hour earlier than the children from Morningside Pamela would make up their runs first - I always felt this was class discrimination; I assumed they were the children of friends and neighbours and who attended more local schools such as George Watsons School. However, Fiona was smart as a whip and actually memorised her run so she didn't have to hang around.

I did the Morningside Drive run which was one of the biggest runs at the shop - I had to collect a second bundle of papers from Pamela's brother, Stuart, who dropped it off on the garden wall at St Clair Terrace from his little Triumph Herald car; what was even more irritating was that he was always late! 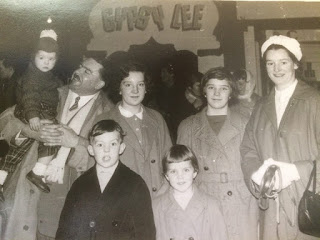 The Baird family with Stuart and Angela at the front

Although this was effectively a double paper round, Baird's paid well at a pound a week it was double the going rate and our bus fares were paid for too. We also felt a certain ownership too - despite the size, length and time taken I regarded the Morningside Drive run as mine, (until I took over the City Hospital from Douglas Blades) and took a certain pride in ensuring the post got through no matter the obstacles. Was it Tuesdays or Fridays that were the worst because the Daily Telegraph had a magazine insert in it which considerably added to already heavy bags.

Saturday bags were also heavier, with a weekend magazine, but somehow, Saturdays were never a struggle. 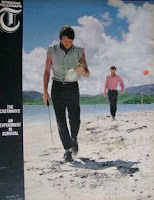 Once you had set out from the warmth and company of the shop we cut lonely, solitary figures - the winter mornings were dark and often quite bitter - Morningside Drive was quiet; the graveyard was on the opposite side of the road for a stretch - lovely mansion and town houses by day were surprisingly spooky and shadowy in the dark, especially when the wind blew through the swaying, leafless branches of the big old trees that lined Morningside Drive. 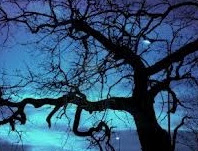 Looking back it was certainly character building - athletics training in such conditions in later years I took in my stride, probably because I had been steeled and inured in those earlier years working for Baird's. And whilst I do see a certain value in the overall experience, it was not conducive to performing well at school and reaching one's potential - when d'Artangnan asked me a few years ago if he could do an early morning paper run I admired his chutzpah and work ethic, but I said no, because I wanted him to get as much sleep as possible to grow and to be fresh for school; and today I guess we're more aware of the health & safety dimension too.

More in later blogs on life at Baird's and observations and reflections - under The Light where I also want to mention a poem Happiness by Raymond Carver.


Postscript
Much to my delight, on Saturday, 17th March, 2018, I met up with Pamela Baird for coffee at Burr & Co, George Street, Edinburgh for the first time in at least 46 years. She looked very well - vibrant and chatty - it was absolutely lovely to see her once again and to catch up on what happened to Baird's Newsagents in the years after I stopped working there.

Pamela left the year after I finished working there (1971) to get married in 1972 and she moved away to West Lothian where she has lived since. The shops (there were three adjoined - a toy shop and a card shop too) were sold on to an American, who only ran the businesses for a year or so afterwards.

In many ways Pamela was glad to move on as managing the newsagents placed a heavy burden on her young shoulders - she was only nineteen years old when her Dad died in 1966 and she had to leave working at the bank to take up the reins and the hours were long. Prior to this, she used to give her dad a break from the shop for an hour to allow him to nip home to watch the wrestling on a Saturday afternoon, so she gained some experience then of running the shop.

It was very gratifying for me to be able to convey my thanks to her for being able to work there - I loved working for Baird's - they were good employers - it was an important part in my young life for three years - it left a deep impression upon me and taught me much about the values of discipline, hard work and resilience and depending upon yourself as well as being part of a team and of course the importance of earning your corn.

ps Pamela mentioned to me that one of her younger sisters, Angela, who lives in Australia, said she recalled me taking her out to see the film, Grand Prix, at the Dominion Cinema and being young, nervous and naive that instead of taking her for a coffee afterwards, spotted a number 16 bus saying ‘Oh, here’s my bus home’ and leapt on - I don’t recall our date, but it sounds just like me!

I met Pam Baird as the rep for Royle Cards. She was a fine person and I was rather shocked when they sold the shop and got married. I subsequently went to see her and met her husband. This was the last time.

Subsequent to all this Pamela died in July at St. John's in Livingston. Her husband had died previously.. what she died of I know not and at what age. I met the husband once and thought he was a very rude person. They had a great house. Yet no family. It was sad that our friendship should have terminated thus. Most people keep in contact with friends after marriage. Strange methinks. Lovely lady who left imprints in Ines life when only a handful do. Precious memories xx

I will the points are crazy. So much for computers.