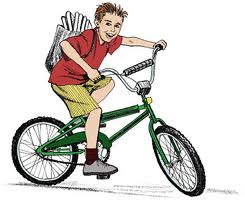 Most often the paper run was done alone.

On the rare occasions when one had company, the run was a doddle. Sometimes my sister Anne Hoffmann Junior would accompany me on Saturday mornings. During the run I would send her up to a house to deliver a newspaper-when she came back, I'd vanished behind a tree or a wall, only to leap out and scare her. I'm afraid I haven't changed-d'Artagnan (16) and I (56) still do the same to each other!


The other person I occasionally paired up with was Fiona Blades-sometimes it was to learn a new run for which one might have to provide holiday cover for or simply to learn a new run that one was to take future responsibility for.Raymond Carver's poem, Happiness, below, captures some of the feelings of doing a paper round in company.