Halloween - Providing a Light in the Darkness

In the general cycle of the Oxgangs year, whilst New Year; Burns Day; Easter; Church Fêtes  the School Summer Holidays; Elections; the Harvest Festival; Victoria Day and Guy Fawkes bonfires; and of course Christmas were all marked and celebrated significantly in their own way, Halloween was perhaps slightly lower key at The Stair during the decade of the 1960s.

Halloween masks were quite common, but they were the old fashioned cardboard types - plastic masks grew in popularity in later years - possibly this was because the band which you pulled around your head eventually tore the cardboard type apart making the mask redundant.

However, there was a definite move from the beginning of the 1960s toward something which was much more significant and by the latter part of the decade it was an integral part of the Oxgangs seasonal calendar.

In America, Trick or Treat, has been a significant tradition in the year from the 1930s; the UK has probably followed suit, like in many other areas of life, although, a bit like Bob Dylan and traditional folk songs, it all becomes inter-woven over the generations, with cross fertilisation. 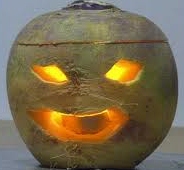 In an earlier blog, Neep, Neeps and Apples I made mention of stealing turnips or suedes from the local farmers' fields at Hunters Tryst; Dreghorn and Swanston.

The neeps were stolen toward the end of October and Halloween to be carved out as lanterns. Stealing from the farmer could be challenging - to escape from him might involve a long run along an open road such as toward the Polo Fields and if he was on his tractor, well the turnips would be too cumbersome and heavy to hold on to as they slowed you down, so we would hide them in a ditch to collect them later.

Making lanterns from these root vegetables was the main way that Halloween was marked at The Stair; I can recall BooBoo Hanlon and Iain Hoffmann sitting atop the shed roof toiling over their lanterns - making the lanterns was hard going because the neeps were particularly tough - rock hard in the centre, unlike the more fleshy pumpkins that have become so prominent in the shops over the past twenty years - again something which we've taken from America; although they got the idea for lanterns from Scots and Irish immigrants. 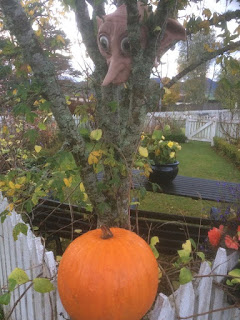 Another thing in favour of pumpkins is they don't give off the same pungent smell that emanates from neep lanterns and candles!

Living in a quiet small hamlet in the Highlands, but where there are over twenty children, has meant that it has always been a major event here; indeed d'Artagnan is a dab hand at assisting his mum to make the lanterns which stand menacingly outside our kitchen door to welcome and scare the 'guisers' in equal measure.

Guising became much more prominent in the latter part of the 1960s - it was never something that I indulged in, but certainly I can recall some of the kids from The Stair and also their pals from numbers 2, 4 and 8 Oxgangs Avenue going door to door, where they picked up a few bob.

However, their costumes were nothing compared to today; occasionally some of the kids were imaginatively dressed up, particularly with some make up, but I'm afraid the standard fare was a bed-sheet and a tea-towel on the head, to pass themselves off as an Egyptian! 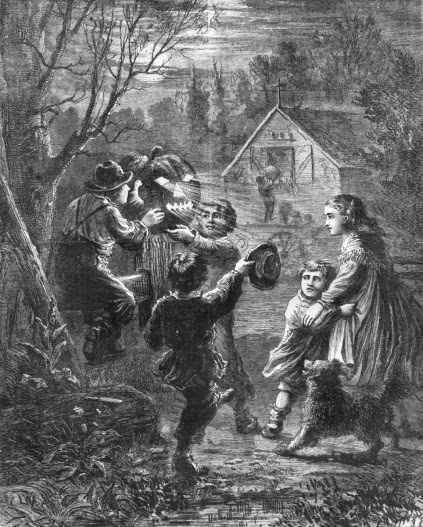 Halloween has a long and fascinating tradition - a mix of All Hallows Eve; a celebration of the end of the harvest; the passing of summer into winter and so on. Lanterns were important - they were left on gate-posts, in windows or door-ways, to guide folk back from the fairs and festivities; then there was Jack'O'Lantern in Somerset with allusions to the flickering lights in the marshes signifying the souls of unbaptised children 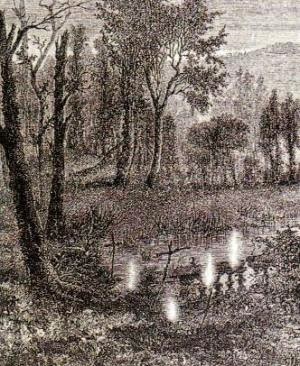 Looking back, if you'll excuse the pun, I clearly missed a trick - indeed this blog could just as easily have featured under the series (Not) Being Entrepreneurial!

But looking back, though for much of the decade it was slightly lower key, I'm glad that we followed in the long tradition of lanterns - there's something very special about providing a light in the darkness and I very much subscribe to the philosophy that it's better to light a candle than to curse the darkness. 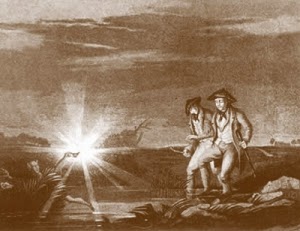 Nice write-up - one of my faves so far.

Hope the house is looking well-decorated!