On Saturday 6 March, 1971 five of us took off for a spring adventure-Ali Douglas; Les Ramage; Boo-Boo Hanlon; Iain Hoffmann; and myself.

We took the Number 27 bus to Edinburgh Castle to explore our heritage. It was always good fun going out together - great company with many laughs. Although we had a rough outline of the day ahead, we never quite knew what would happen or who we might meet along the way.


From the castle we walked all the way down the Royal Mile and then up and over Arthur's Seat. We were in no hurry and walked at an easy pace calling in at one or two of the shops along the way. There were fewer tourists around and the Old Town still had a significant population, so it was local people who dominated. 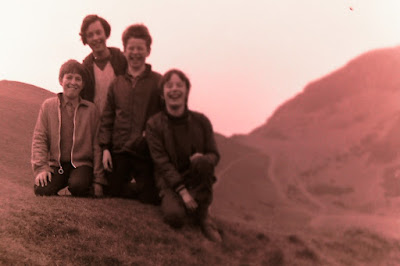 The climb up Arthur's Seat was a stiff one; even though we were young and fit we quickly built up a sweat and the beginnings of a sound appetite. 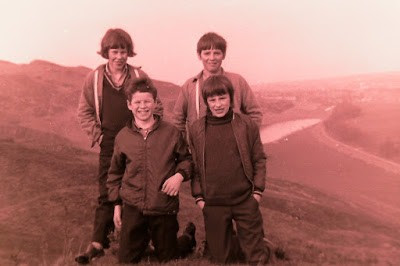 At one stage whilst running through the long grass we unknowingly came to the edge of a sharp precipice which would have been all too easy to have gone over.


We had a general sense of direction. Once we had taken in the summit 360 degree panoramic view of Edinburgh we traversed Arthur's Seat and got sight of Duddingston Loch down in the valley; we'd found our bearings. It was downhill now. We leapt like hares and galloped like horses, occasionally crashing, rolling and laughing as we ran or tumbled down the hill side. 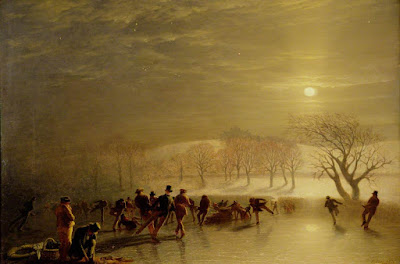 Duddingston Loch was always quite magical, no matter the weather in Holyrood Park there are times when you can completely escape the city. Robert Louis Stevenson enjoyed it in all the seasons a century before and writes in the winter of 1874 of looking down at the skaters on the frozen loch flitting around under the light from the moon and lit torches. My fantasy was to come down on a Saturday afternoon with a rubber dinghy and float around the loch whilst listening to a football commentary on my miniature radio!


After the excitement of Edinburgh Castle, the Royal Mile and Arthur's Seat the long road through Duddingston to Durham Road was the least enjoyable part of the journey-particularly because by then we were hungry.

Happy days Edinburgh is a great place throw up in