When Anne Hoffmann, Iain Hoffmann and I were young, whatever our circumstances - whether our father was in work or not - Santa Claus always did us proud.

Christmas was always the best and most exciting time of the year.

When I say that Santa (aka Mother, Mrs Anne Hoffmann) - sometimes with support from Father (Ken Hoffmann) did us proud I don't mean that we were spoiled or received any expensive presents - no, instead we always got a stocking which was filled full of imaginative small presents which were an absolute delight to wake up to. 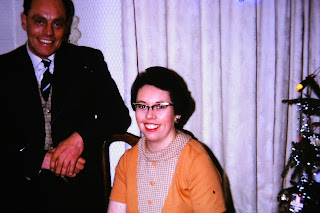 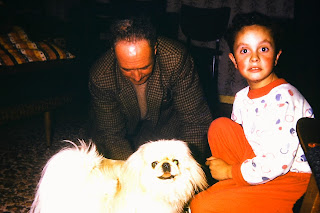 I'm not too sure how it worked in all the other households in The Stair.

In terms of quality high spend presents Norman Stewart (6/3 Oxgangs Avenue) did better than any of the other children.

One feature which I didn't enjoy at school was that on our return in January the teacher always asked us all individually, in front of the class, what we had received.

I can recall telling a fib saying that I had been given a graphic designer's set - of course I didn't have a scooby what that was but I was determined not to be out-gunned by Norman - he of course was the one pupil in the class who knew perfectly well that I had not received any such thing!

In my memory Christmas Eve was a very quiet evening in The Stair.

I can recall my father regularly going out to the Christmas Eve Watchnight church service, presumably at Colinton Mains Parish Church, the same church which the Swansons attended - I don't think he went to the remarkable Reverend Jack Orr's St John's Church service.


The Hanlons (6/7) always seemed to receive some quite nice presents and they might be seen out playing with them, but not until several days after Christmas Day.

Over the years Mother and our next door neighbour Mrs Molly Swanson (6/1) had an arrangement whereby Mum gave Gavin and Heather a wee tin of Woolworths' toffees and we all received something from Molly - as mentioned I once got a book from her, but when it was opened it instead contained seven tubes of sweets inside arranged horizontally inside.

The Hoggs up above (6/4) always received girly pressies and I can recall my sister Anne spending time with Christina, Maureen and Eileen. I'm much vaguer on the Blades (6/6), other than one year when Alison, Ruth and Esther got their Spacehoppers. 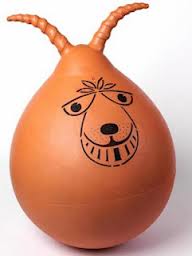 .
Presumably before Anne was born our grandfather gave Iain and me a bobble Santa each which were full of wrapped toffees - the figure is a delight and has been carefully looked after over the past fifty years - each year we bring the two Santas out. The Swansons got a similar Santa figure, but they had less jolly faces. 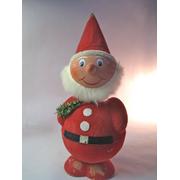 I may be wrong but I seem to recall that the Hanlons and the Blades were quite big on such decorations as the linked rings which went from corner to corner across the ceiling. 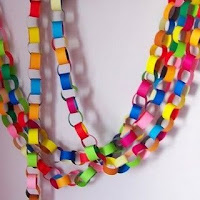 I used to regret that we were more conservative with individual Woolworths' decorations which were very attractive and aesthetically pleasing. There wasn't such a crowded effect which as a boy I would have liked. I suspect Woolworths did Mrs Anne Hoffmann and many other parents proud over the decades. 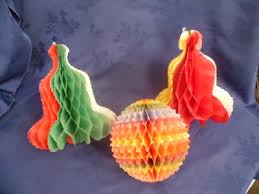 On Christmas Eve each of the three of would leave one of our mother's nylon stockings at the foot of our beds.

I was always the first of us to awake.

I would crawl down the bed and reach out to see if Santa had arrived yet and then the excitement of feeling the bulkiness of the mis-shapen stocking full of surprises was the most wonderful sensation in the world It's Christmas! I would bellow out It's Christmas! as I jumped down from the bunk bed to switch on the light and awaken the others. 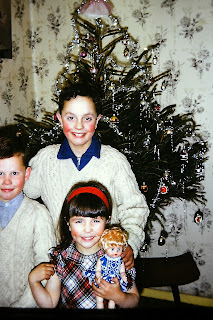 The stockings were just great - they were filled with torches; little games; Yogi Bear or Huckleberry Hound picture books; perhaps a young person's novel; colouring books and pens; a selection box; some gold coins; an orange and an apple and a half crown; The Broons or Oor Wullie annual in later years. 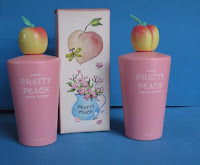 Anne would get some girly stuff - I particularly recall a delightful peach smelling cream; whilst Iain might get a toy car, perhaps a Corgi or some Matchbox cars; on one occasion when quite young I got a leather football and football boots. Iain was very into his cars whilst I was uninterested in cars, although ironically I have had more sports cars over the years than one could throw a stick at, much to my wife's dismay. 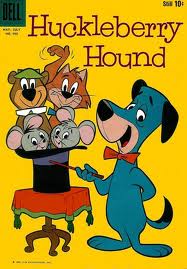 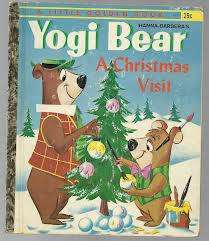 When we were very young, in our innocence we'd then rush through to awaken our parents to show them what Santa had brought us.

These Christmas mornings were simple little affairs, but wonderful - our mother ensured that these were magical occasions every year from being very small children and into our teens; happy times and very, very sweet memories, which I've never forgotten.

Much like Sundays, on Christmas Day we saw very little of what went on in The Stair because our grandfather would collect us at mid-morning and take us down to Portobello for the day, not returning till late at night - but for that you'll all have to be patient children and wait until Christmas Day to hear that story!
Posted by Peter Hoffmann at 24.12.12

warm and fond thoughts come flooding back,feeling secure and safe,to think how happy we were with our priceless stockings.merry christmas to one and all. iain.

Like you Peter our presents were not grand but myself,Alison and Esther always faired well once the older ones were working and they contributed we always had a good pile to open which had all been expertly laid out during the night. We never felt we did without even although we did not get bikes or anything too expensive there was always annuals ,board games and selection boxes.

Aww christmas in our house was much the same! Mum and Dad always made a huge effort. I remember one year, my Dad had made me a beautiful sledge!! It was a rolls royce in my eyes. He had burned my name on the side of the wooden slat. I dat on it all day, sadly no snow that year!! But when it did eventually snow, i dragged it down to the hill near Oxgangs House...oh the disappointment when it didn't budge, it was too heavy!! ������