This blog feels rather like the last page of the Oor Wullie annuals when he signs off-Wee Wullie sitting on his bucket contemplating, philosophically on the Auld Year as it draws to a close and then cheerily wishing all his readers all the best for the New Year ahead. 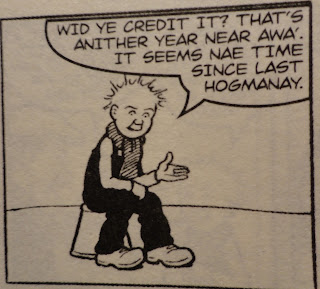 Serendipity, perhaps, but  it feels appropriate to be signing off from the blog on Auld Year's Night allowing the followers and me too, to move on to pastures new. There's no handing over of the torch however-it's just occurred to me that an interesting twist on such blogs would be if the role of 'editor' passed on Olympic Torch like to others!

On a recent response to Ruth Kaye (Blades)-the most ardent supporter of the blog, we mentioned that it had been slightly disappointing not to have received more feedback from those still alive of the 'original cast of forty one'; however, including my responses to comments there's actually approximately 10,000 words. Because they disappeared off the side bar, for the sake of completion I will pull them all together and post them as a Comments blog later in the week.

The blog will continue to exist on the net for any current readers to revisit or for those who may stumble upon its existence by happen-stance in future-it may even become a useful resource for children doing a project on life at The Stairs half a century ago.

I'd like to thank everyone who has taken the trouble to make contributions since I started the blog in the summer-either through the Comments button or who I have spoken to. In particular I'd like to mention Ruth Kaye (Blades), Liz Blades and Iain Hoffmann. There's nothing like a comment, a reaction or a response winging its way through the ether to raise the author's spirits!

I will probably do a blog sometime in the New Year giving a succinct update on Where Are They Now-I'm short on material on the likes of The Duffys; The Smiths; The Hoggs; Norman Stewart and Alison Blades. 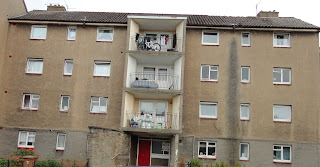 I've tried to paint a picture or to give a flavour of what life was like at an atypical Stair in the years between 1958 and 1972, but to quote Donovan's 1965 hit I may as well have tried to Catch The Wind. I haven't quite managed to capture life there-perhaps because I haven't deployed a more thoughtful, intellectual, methodical or chronological approach to it. Instead I've largely gone on instinct-I've tried to present or tell the story through little vignettes that I trusted would be local, but also have some universal appeal too. And yet, I've not really captured what day to day life was really like for the sixteen adults and the twenty five children who lived at 6 Oxgangs Avenue over these fourteen years or so. Indeed, I haven't even captured the sights, the sounds and the smells of the days-I've not even mentioned the smell of chips wafting down the landings as Mrs Hilda Hanlon cooked dinner for Mr Charlie Hanlon and her darling boys Michael, Boo-Boo, Colin and Alan-never mind an atypical day-A Life in the Day of The Stair. 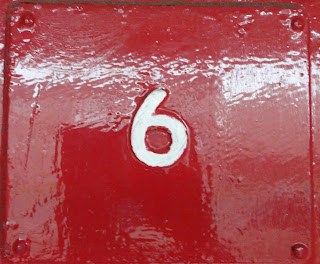 Also I haven't managed to convey the enormous changes that subtly and then more quickly impacted upon us all, because the decade of the 1960s produced perhaps the biggest changes socially, culturally and technologically of any decade-certainly if I'd continued into 2013 I would have written about the likes of Neil Armstrong and the moon landings which feature prominently in old diaries. There are some excellent academic books out there including two works that I have at home by Dominic Sandbrook, but perhaps even to my surprise I've avoided even referring to them opting to take a more folksy approach and to try to see things from the eyes of a boy and a youth-thus the absence of areas such as politics which dominate my day to day interest now. I rarely referred to my journals until quite late on which is a mistake-they are thorough, honest, timeous and immediate snapshots.

It's been an interesting experience writing day in and day out-it's given me an insight into what life is like for some journalists. On many occasions I've thought, What the hell are you doing Peter and on other fleeting occasions I've thought, Yes, this is worthwhile-it's recording times past before particular experiences vanish and disappear for ever. Also hearing from the likes of David Lines, Douglas Blades, Ruth Kaye (Blades) and Liz Blades alone has made it worthwhile.

I would have liked to have heard from others and the wealth of experiences that they could have brought to the table because too much of the story was me, me, me-I had subconsciously hoped for a dialogue-a conversation and the blog would have been so much better if it had consisted of more input from those other residents at The Stair-more of their story, their adventures-how they saw, viewed and interpreted life at The Stair-but of course it's still not too late for anyone to add future comments if the whim takes them, for as long as the blog exists on the net, others can continue to add their story too.

When I started the blog around two hundred episodes ago I said that I was taking more of an instinctive rather than an intellectual approach. It's thus begun and ended in the same way. Because of the approach taken there's no objective idea or measure as to whether it's been a success or a failure-in management speak no SMART objectives were set so there are no performance indicators. There's a part of me that perhaps hoped it might take wings and fly, but without knowing how and to where.

I feel that where the blog did take off to give a much more interesting take on The Stair is some of the on-line discussions and dialogue that I've enjoyed with Liz Blades who lives today in Melbourne, Australia. These gave some insights into some of the darker aspects of life back then as well as taking the conversation into unexpected detours adding in new information and re-awakening seemingly lost or forgotten memories. If there had been many more of these dialogues then the blog would have improved immeasurably, because people could have sparked off one another.

Some interesting themes have surfaced-The Elephant in the Room whereby two of the eight families had alcoholics as the head of the household; life through a child's eyes rather than an adult's; slips of memory; freedom and autonomy; hard work; fun; a general malaise of the importance of promoting a positive academic sensibility; a good, healthy place to live compared to the pre-war generations; values; lifestyle; interesting personalities and interesting families; entrepreneurship; relationships giving way to transactions; a time of stability and yet paradoxically a period of great change; transition; the celebration of the seasons; friendship and companionship; stable employment; and the advancement in technology  We were lucky too whether at a micro level enjoying the golden age of comics to the macro because we enjoyed and benefited from everything that Bevan instigated in 1947 in terms of new housing, new schools and the NHS. And from a personal angle it's given me a better insight into my father-many colourful tales of his adventures which will never see the light of day!

Finally to all those individuals who lived at The Stair-grew up, grew old and to those who have long since died from those days-many of them very happy indeed could I say thank you for the years at The Stair. When I think of these times it is with great affection for all my fellow travellers and whilst not all of the experiences were good they influenced the people we became and continue to be.

Could I apologise if I've inadvertently upset either you or those close to you-I've undoubtedly been clumsy or somewhat thoughtless on occasion.

Once again a big thank you too, to all the contributors to the blog and also all those anonymous followers too-ironically over the past few days the blog's been getting 250 hits or so a day!

I will visit the blog regularly in case anyone leaves any comments in future-I would be delighted to hear from anyone; indeed, because it still has the potential to be a live forum, anyone can still add their own comments, their stories and their tales of life at The Stair as they see fit or when the motivation takes them. And although it's no longer alive, yet it isn't dead either-and of course those readers who have followed the blog since it started will know that I enjoy these little quirks and paradoxes, not to mention the titles-was Adolf Hitler Kept Me Out Of... either the best or the worst of such examples!

Take care; keep busy; look after your health; and good luck in all your adventures-one of mine may be to edit the 90,000 words of The Stair!

Peter Hoffmann
peter.hoffmann@btinternet.com
Twitter: @thehoffster
Mobile: 07799 673290
'd'Artagnan' (Tom Hoffmann) is on Facebook and would communicate any messages to me too. 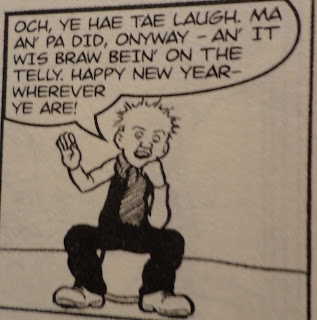 ps Look out for my Edinburgh coffee and cakes invites!

Thanks Peter it has been a great blog maybe some others are not so tuned into using the Internet. As you say others may stumble across it at a later date and I know that some of my old Edinburgh pals enjoyed the read. You could always set it up with it,s own Facebook page and others from Oxgangs could comment. Makes me think I must ray to make it up to Edinburgh in 2013 for a wee visit to the stair.