Can you have a relationship when neither party speaks to each other?

One relation who hasn't really featured thus far in the series of blogs is our great-grandfather Willie Wight.
He lived until his early nineties as did his wife, known affectionately by we great-grandchildren (Anne, Iain and me) as Wee Nana. They lived all their married life at London Road, Dalkeith in the upstairs part of the building. It was a solid, well built house-it's a listed building and is still there today. 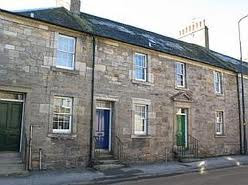 The house was situated opposite the old Stewart's Shell Garage. I fondly recall looking out the windows at the petrol pumps with the old shell design on top of each pump. The coal fire would be blazing giving off a grand heat on a winter's afternoon.


Willie Wight was a remarkable craftsman: as a blacksmith he created gates and railings for prestigious projects and as the town locksmith could open bank doors if the local bankers mislaid their keys.Willie Wight was also a miser. In his bedroom he kept a safe next to his bed - fascinating, if one had the bottle to sneak in - the difficulty came if he or someone else might enter his room - you would be cornered unless of course you were to dive under the bed!!

One Christmas down at Portobello at Grandma Jo’s he tried to slip me an old penny as a present. I looked at it, considered it, then returned it to him and said 'No thank you!' He laughed so he wasn't entirely without a sense of humour (returning the penny to his waistcoat pocket), although 1958 may have been the last time that he smiled; to me his de-facto demeanour was taciturn and silent. But he highly regarded my father Ken Hoffmann - because of his exploits on the seven seas I expect he thought he was a real man! 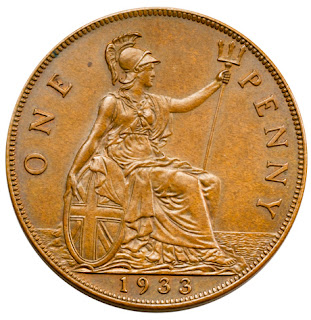 Our grandmother and grandfather (Josephine and Willie) visited them every Wednesday and Saturday afternoon to give them a hand, do some shopping, cook meals and check they were okay.
My Aunt Heather was usually always there on a Saturday and occasionally my mother too.. I liked spending any weekend I could with my grandparents so I quite regularly visited on Saturday afternoons when I accompanied them.
I always enjoyed visits to Dalkeith -it's a small market town with an interesting history - it always has a nice feel to it. Many of the buildings were old and stone built - it was quite different to the grey housing schemes at Oxgangs. Between the years 1989 and 1996 I had an office in the town working for Midlothian Council.

On the Saturday afternoons everyone disappeared out shopping - buyng mixed sweets from Woolworths; triangle shaped scones at the baker's; and fish for the afternoon tea. I meanwhile sat in the sitting room with the silent one - we called him Pumpa - a great moniker eh!
But really, he never spoke. Like Grandpa Broon, but without the whiskers, he sat under a great cloud of pipe-smoke. Similar to the smell of cigars which take me back to 1960s with Pumpa, Gaga and my father sitting in the front room on Christmas afternoons I similarly liked the smell of the pipe tobacco. 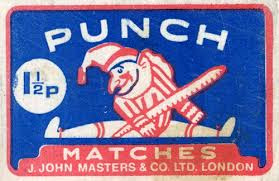 The boxes of matches he used always interested me because they weren't the Bluebell Matches we used at home or Swan Matches with which my grandfather lit his cigarettes with. I was fascinated by the different designs on the boxes. I suspect he bought them from his local pub, The Black Bull.

He always had sweets on him which, similar to the matches,  I hadn't come across at Ewart's Newsagents at Oxgangs Broadway.The sweets were liquorice Pontefract cakes - believe it or not he might very occasionally deign to give me one (thus at least acknowledging my existence) which I enjoyed, particularly the taste and the consistency. But more usually he would feed himself and simply ignore me - well he was born in the age of Queen Victoria - children should be seen and not heard!. 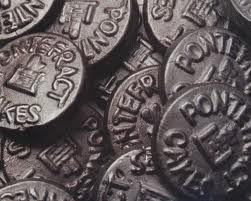 Although many people would have found it an unsettling environment I was quite happy - I knew where I stood with him - there were no surprises.  We'd settle down to watch the wrestling, listening to Kent Walton's  low keyed Canadian accented voice providing the commentary on Jackie Pallo; Mick McManus; The Royal Brothers, et al.

He would then switch over to BBC where we would get David Coleman talking as the teleprinter gave out the early football results. The full results were then read out by Tim Gudgin who had as memorable a voice as Walton's. 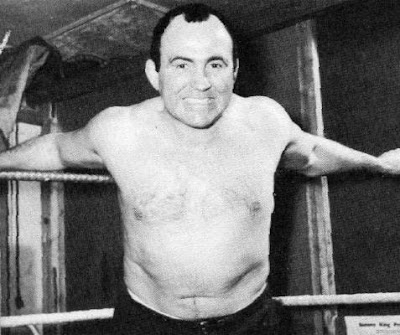 I enjoyed the wrestling and in our way we communicated - we both wanted the outrageous Mick McManus to get beaten and we both agreed not to speak to each other unless he offered me a sweet when I would say 'Thank you'..

I like your blog post. Keep on writing this type of great stuff. I'll make sure to follow up on your blog in the future.
Locksmith Edinburgh

Thanks for your very kind comments, Sandy-there are approximately 200 daily blogs from last summer to Hogmanay, some of which may be of interest-I'm currently editing them into a book format. Since I stopped them I've had a few requests to re-enact-who knows I might be tempted!