I initiated a party trick a few years ago. I wrote down the numbers 287 on a piece of paper and kept the numbers hidden from everyone. I then said to the group I'm going to say three numbers and predict what three numbers Iain Hoffmann will come up with in response. The younger members of the group were particularly astonished when I got my prediction right.

The six numbers referred to the numbers which we had to quote whenever we visited The Store-this was our St Cuthbert's Cooperative allocated store number. The number was engrained into us from an early age, although some nameless members of the family had to have it written down for a few years!

It meant that we we were part owners-well, a teeny part-owner of the company; thus any time a member of the family visited  The Store and made a purchase it was important to always give the number.

Twice a year a dividend was paid out to each member-it was a percentage of what had been spent in the previous six months, but also was based on the profit the company had made. The second number in the title was The Blades' number-they must have signed up almost five hundred customers later than ourselves. 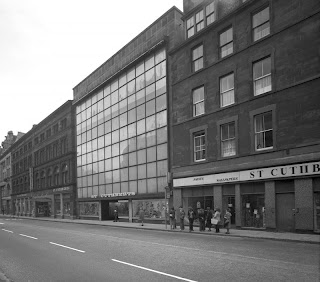 For many families in the city it was an important time in the year. After the money was paid out at Bread Street, Mrs Hoffmann would take Anne, Iain and me straight in to town to buy new school shoes and such like. We would go to Clarks-the x ray machine for checking that the shoes fitted properly was fascinating...! 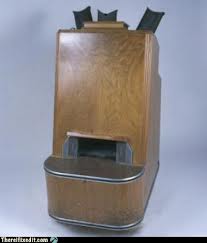 In the decades before the 1960s it probably was the difference between many children going shoe-less-Divi-Day was that important. I may be wrong, but I think some families in the local Stairs only bothered collecting their dividend once a year using it to pay for either Christmas or for a summer holiday-we never had that luxury of allowing it to build up, instead queuing up on the first day that it could be collected!
Posted by Peter Hoffmann at 14.12.12

remember going to the bread st store for my levi jeans shrink to fit and then sitting in the bath till they fitted. memories.iain