Did each household at The Stair assume there was only one catalogue-the one which their family used?

We used the Chorlton Catalogue but I can find little trace that it ever existed-it seems to have mysteriously disappeared from history. With the new found prosperity of the late 1960s many families in the lower social classes such as ourselves at Oxgangs began to spend occasional money on some luxury goods in addition to necessities and practical items.

Mrs Anne Hoffmann ran her Chorlton Catalogue very well and efficiently-she had to given the up and down nature of life at 6/2 Oxgangs Avenue-one week my father was in work, the following week he was out of work and then two weeks later he was back in employment.

We tended not to call it the catalogue and instead it was rather affectionately known as The Club. This may have been because not only did she order items for our immediate family-Anne, Iain, herself and me, but also for the likes of my Aunt Heather and my Grandfather. I assume it was a pet name she gave it-it could of course have been code so that my grandmother didn't know that orders were being placed-I think she must have disapproved! Occasionally there would be whispers of I'll speak to you later, Anne from Heather-I assume that would be if she were ordering a camera or some such thing-she was a bit of a technophobe or fiend-she was always interested in the latest development whether it was a tape recorder or electric knitting machine!

The concept of the catalogue was a simple one-I suppose credit was extended so that one could purchase an item up front with a view to paying the money back over a period of twenty weeks. I assume the prices were slightly inflated. For the more expensive items one could pay over thirty eight weeks and the overall price would no doubt have been even higher. Mrs Anne Hoffmann reminded me recently that on one occasion my grandfather got new tyres for his car-more often it would be his winter long-john's-sorry, too much information!

Mrs Anne Hoffmann was as good as she possibly could for be for us children, because a lot of the time we were impoverished; and of course the arrival of the new catalogue-either the Autumn/Winter or the Spring/Summer was a big event in the household-oh how we sat and feasted our eyes over the toys, sports goods and cycles before turning to the fashion section. When she at last used her Edinburgh University education and got a job with the Civil Service when we were a little older, then we got some greatly valued items-mainly as birthday or Christmas presents, but sometimes out-with after pestering her to death!

Iain Hoffmann got a rather wonderful Johnny Seven Gun as a birthday present and also the James Bond Aston Martin with the ejector seat from the Goldfinger film. He also got a nice slot car racing game-it wasn't Scalectrix but it was good quality and great fun to play. 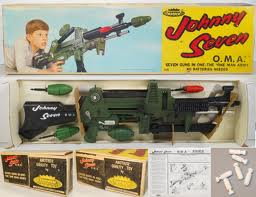 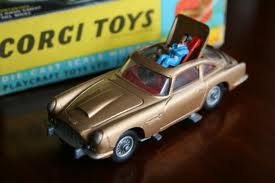 Iain and I got the famous Wayfinder shoes-they had a secret compass hidden in one of the heels inside the shoe and animal tracks on the soles-I wasn't sure how many of these animals roamed Oxgangs, not to mention it being a pain to keep taking one's shoe off!

In 1971 when I began to go along to the Edinburgh Athletic Club Mrs Anne Hoffmann pushed the boat out and I got a good tracksuit and a particularly stylish pair of training shoes-they were similar to Adidas with three stripes, two of which were blue and one red. It was a happy day and life changing event when the parcel arrived! Indeed, whenever we awaited an order, the first thing we asked when we got in the front door from school was Has it arrived yet? Disappointment, followed disappointment, and then exhilaration on the magical day when we came home to discover a big and bulky brown parcel!

As I said in the introduction, for some daft reason, I assumed there was only one catalogue-Chorlton's so I was amazed as I got a wee bit older to discover when visiting friends' homes that there was a catalogue of  catalogues out there! What other catalogues were used during the 1960s in The Stair? It would be good to hear from any of The Hanlons; The Duffys; The Blades; The Hoggs; The Swansons-indeed any readers of the blog! 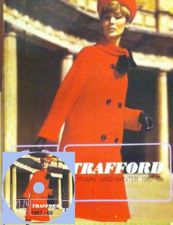 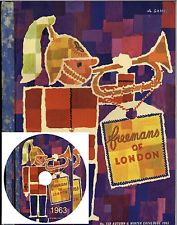 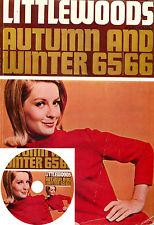