Scraps And The Great Divide

Over the fourteen or so years that I spent at The Stair I had a relationship at various times with all the children apart from perhaps the Duffy girls, Ann, Laura and Mary; where we would simply acknowledge one another.

I don't think I ever thought of a separation between the boys and the girls. Depending upon the season and the passing of the years things just seemed to naturally fall into place. Some activities were gender neutral whilst with others a natural separation took place. 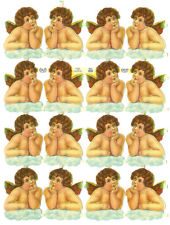 I can recall having great fun going off on adventures to Morningside Park with Fiona Blades or to Portobello Pool with the ballet girls-Audrey Smith, the McKenna sisters and others; at other times Boo-Boo Hanlon; Iain Hoffmann; Les Ramage and I would head off to Edinburgh Castle; or I would go to church barbecues with Liz and Fiona Blades to Gullane Beach. The great chasey games that were held in the winter involved boys and girls including Carol Ramage, Jaqueline Burnett, Jonathon Taylor, Michael Hanlon and many others. In the summer time we would play British Bulldog in the front garden of 6/2 The Stair with Ruth and Alison Blades, Ali Douglas, Colin Hanlon and many others too. In the summer jumping the burn was a mixed activity, but one which mainly featured the boys, more of which in a future blog. 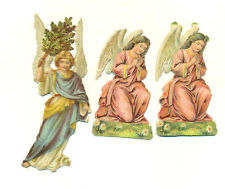 Where there was a great separation or divide in the 1960s was football which was dominated by the boys-it was very rare to see a girl playing, although I can recall Ruth Blades being atypically enthusiastic and indeed still have the bruises on my shins from such encounters!

On the girls' side there were two distinctive activities which come to mind that were female exclusive domains. In the summer they always had the really annoying habit of creating brilliant tents from blankets pegged up against the fence which separated the field from the washing green. The Hogg girls, Christina, Maureen and Eilleen and also all the Blades girls did this over the years.

These were girls only zones-boys were excluded. The tents always looked so cool-actually it was probably far too warm in there-and they always seemed to be getting up to interesting things inside that would irk our curiosity. Some boys were stupid enough to pull the tents down-not something I would contemplate doing having been on the losing side of several toy wrestling matches against Fiona Blades who I had total respect for-I wouldn't have wanted to get into a scrap with her! 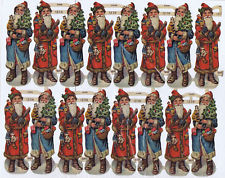 Talking of scraps-the other activity, and one which I think mainly fell into the autumn and winter seasons of the year were scraps. Many of the girls including Eilleen Hogg and my sister Anne Hoffmann Junior collected scraps. I could never see the appeal of this hobby and I think it was boy free. Was it a gender thing or was it something that was indoctrinated into us so that we were all stereotypes?

Looking back I can see a greater rationale for the activity-it's probably similar to why many people go to the pub for a drink rather than sitting at home with one-it was a social activity-a vehicle where the girls got together in each others' homes to admire, comment and swap scraps together. The late 1960s must have marked the passing of collecting scraps as an activity for girls.
Posted by Peter Hoffmann at 23.11.12