I bet many of the children from The Stair have forgotten what a large part of the school curriculum at Hunters Tryst Primary School was delivered through the Schools Radio programme.

I used to enjoy when the large radio was brought out of the cupboard and placed on the teacher's desk. The radio itself was unattractive-it wasn't aesthetically pleasing the way that many of the wooden radios of the 1950s were. Instead it was a large cumbersome object-essentially a large loudspeaker with a canvass cover. It was the size of a television set and a similar shape-rectangular, but the back was angled inwards at approximately 75 degrees.

It was used throughout the school-from P1 to P7, although my favourite memories are from my P3-P5 years in the classroom of the wonderfully eccentric Miss Sulley, who was my favourite teacher.

Schools Radio was a major BBC initiative, begun in the 1920s and a major contribution to the nation. It meant that throughout the United Kingdom pupils enjoyed a shared cultural education and experience, but allowed for regional variations too, for Scotland, Wales and Northern Ireland.

Religious Worship was broadcast a couple of mornings each week with a church service. Music and Movement was held in the school hall, where we were all encouraged to sway in time to the music. My favourite by a mile were the History broadcasts which I loved-it gave me a good grounding and foundation and was the subject I was to do best in at Boroughmuir Secondary School encouraged by the tutelage of Miss Bigglewood-what a wonderful name-straight out of Dickens and then those delivered by the very different, young Mr Robb-always entertaining and interesting-we even discussed the sex life of King Henry VIII.

The History programmes were broadcast in the afternoons. Miss Sulley encouraged us all to fold our hands and arms on the desk and rest our chins on them. Thereafter I was transported to Ancient Rome; Hannibal crossing the Alps with his elephants; or best of all, Alexander the Great who conquered the world by the age of twenty one-what a man! 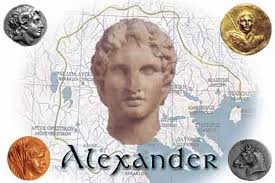 yes remember Miss Sulley she went to school with Dad's sister Margie so everyone time we saw her she would always ask how is your auntie, drove me mad!

Interesting-thanks Ruth. I intend to do blogs on some of the teachers including Miss Sulley. She died in 1999-I occasionally bumped into her in later years at book events at the likes of Waterstones. Her father was called Edmund Sulley-a rather beautiful and classy name-suggests he too was an interesting character!

Hi Peter, Ruth is correct. Miss Sulley attended St George's School with our aunt Marg see. The thing I remember most about Miss Sulley was her lipstick which was always all over the shop. What a wonderful character she was.
I also regularly went to Warrender Baths on Saturday mornings. Like you I learned to swim at Bruntsfield and thank God for Miss Hume, another dedicated teacher who took us each week on the bus.