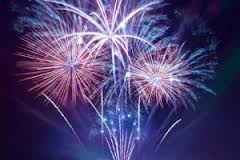 On Saturday night I was flying back to Inverness from London with d'Artagnan. The pilot drew the passengers' attention to all the fireworks and bonfires over the capital-more riots quipped I?-only joking-but it made me think I must prepare a blog to celebrate not Mr Guy Fawkes, but Douglas Blades.

Whilst those of a particular class enjoy The Season-be that the Home Nations Rugby; The Derby; Wimbledon; and Henley Regatta, those of us who were particularly privileged to grow up in Oxgangs in the 1960s enjoyed our very own Season.

As a boy I enjoyed each of the different staging posts that marked the four seasons and the ongoing, changing and yet paradoxically never changing cycles of each year. As a child one assumes it was ever thus and ever more, not realising that what one is experiencing will only last for not much more than a decade or so if one is lucky, but because it's at such an impressionable age, the memories last a lifetime.


At Oxgangs we did Guy Fawkes proud and nobody more so than Douglas Blades who always put on the best fireworks display in the area. It's remarkable really, because at the time he was only a young teenager. Today, because of Health&Safety he wouldn't even be able to buy the fireworks! 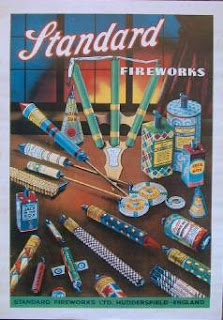 I'm not sure what motivated him? He clearly enjoyed the spectacle of it-the wonderful flashing lit display and the sounds of the bangs and noises that emanated. He would have enjoyed the excitement and sheer spectacle of it too. But as I got older and more reflective I also wondered whether it was something that he felt a responsibility to do, being the eldest in the family with six younger sisters?

The cost of putting on the display should have been prohibitively expensive. I can recall being a member of the RS McColl Fireworks Club at Colinton Mains. Each week I'd put a few bob away-in return I was able to pwoudly wear their members' only blue badge in the shape of a star. All I was ever able to put on was a paltry display.

I've indicated how incredibly hard Douglas worked-he was someone who was always very busy-before school he would set out for work around 5.30 am in the morning and earlier on Sundays! Anyway, it must have been incredibly expensive to put the annual display on.

One or two local fathers would put on a display too-usually it might be Mr Leslie (4/1) or Mr Bowman (4/6)-these fathers would have a standard box. If they were clever they would get it out of the way before Dougie Blades arrived with the big guns! 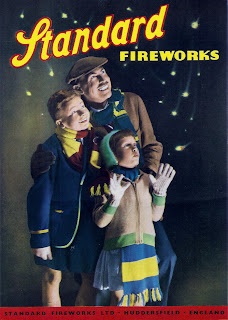 There was always a bing of the standard fare of sparklers and rockets; but I think Douglas enjoyed searching out more exciting fare-not just Catherine Wheels and Jumping Jacks or Roman Candles; Jack-in-the-Box; Helicopters; Flying Saucers; and Mount Vesuvius but fireworks which would be launched into orbit giving off the loudest crashes and bangs-we're talking AIR BOMBS!!-we're talking-MINES OF SERPENT!!!.

There was a touch of Schadenfreude! Douglas would save the most spectacular fireworks for the very end and from which he took the biggest pleasure-those fireworks gave off a series of very loud bangs, but had built in delays-when everyone thought the firework had fizzled out suddenly gave off the loudest bang of the evening-it was ear-shattering and always caught many members of the audience out-I can still hear Douglas chuckling-a touch similar to his mum Helen's laugh now that I think about it!

Looking back, it was a wonderful community contribution. It was something which everyone enjoyed-even those children not allowed out would be brought to sitting room windows to watch, be thrilled by and enjoy Douglas' fireworks display. None of us ever thought of thanking Douglas for putting the display on, so on behalf of all the dozens of us who enjoyed your displays throughout the decade of the 1960s I'd like to say a BIG THANK YOU DOUGLAS ! Perhaps if like the ringmaster look-a-like above, Douglas had taken a bow, we would have applauded him more!

ps I hope Douglas hasn't entirely grown up and continued to put them on for his own children; if he does LIDL look as if they're good value, relatively speaking!
Posted by Peter Hoffmann at 5.11.12

Yes I have to say the fireworks were the highlight of the season growing up. Douglas continued to like things going bang when he took the aerosol cans down to candy bay with the scouts and used to throw them on the bonfire. My son is the complete opposite he has lays been freaked out by loud bangs and fairground rides

Hi Peter, Ah yes, remember, remember the 5th of November :)
You wonder what motivated Douglas? It may be that he was part showman and had incendiary tendencies. He was always also incredibly generous - with his time, his earnings and so on. He takes the christian ethic of sharing to heart. My daughter Stephanie also has this admirable trait.
Back to the incendiary tendencies however. I wonder if you recall that on one accasion when we all walked up to the polo fields Douglas set fire to the woods there? It must have been a dry summer because the grass burned and the trees went up. It was terrifying. Fortunately the army barracks were nearby and the soldiers were able to douse the flames. The soldier in charge told my mother they were grateful for the fire practise!
I think this is another family trait as my son James was similarly inclined and played with matches lighting candles in much the way that Douglas had played with matches when he set the woods on fire. James almost set his bedroom on fire!
James has a remarkable likeness to Douglas both visually and in his habits. He didn't quite yell 'neep' but had a similar tendency as Douglas and laughs just like him. Strong genes!
I also love the photo of Douglas circa 1970s. Douglas straddled two eras as it were. I remember he had a collection of winkle pickers in his early teens and as times changed he wanted a new look so my mother asked me to go shopping with him and help him with that - the result of that shopping trip is the outfit in the photo.

Thanks Ruth and Liz for comments-it really adds to the blogs whenever we get other perspectives. I know Anne Duncan (Hoffmann) too has some interesting comments to add to recent blogs, but her secretary is still trying to master the technology! My grandfather was similarly generous-he had a saying that money was made round to go around! I recall struggling up to the polo fields as a very wee boy with Helen pushing your grandfather in a wheelchair-my mother had deemed I was too small, but I was determined to go and keep up! In subsequent years a lot of the boys went up to the polo fields in the late summer to watch Hearts do their pre-season training there. dArtagnan has pyromaniac tendencies-now we are deep into the autumn here Alison always has candles on the go and he is always playing with the wax-will you stop playing with the candles dArtagnan! I have a friend-better not name him-he was a sub 4 minute miler-he said that science pals at Heriot-Watt in the late 1960s used to go down to Gullane Beach and feed seagulls bread containing some combustible chemicals with explosive results-not sure if that is apocryphal!